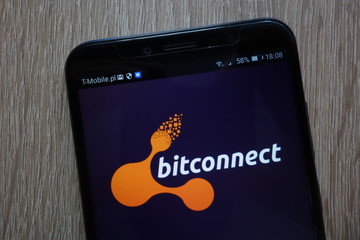 The SEC has now neared its settlements with four U.S-based individuals out of six participants who it accuses of promoting the multi-billion dollar crypto Ponzi scheme, BitConnect.

In a report published by Law360, reliable sources have confirmed that the SEC settlement terms are currently in late stages awaiting validation from Judge John Koelti. But, the top judge noted that, while the current terms of the agreement are legally sound, minor fixes need to be made to  ensure that these terms are “scrupulous accurate.”

According to the report, the agreement features penalties amounting to $3 million from Joshua Heppensen of Massachusetts, $576,000 from Laura Mascola-a fiancee to Heppensen, $526,000 from Ryan Maasen of Oklahoma, and an unspecified amount from Michael Noble of California.

The U.S Securities and Exchange Commission engaged in a lawsuit with six BitConnect promoters in May. In this context, the regulator accused them of offering and selling unregistered securities in the United States, including advertising BitConnect’s lending platform in testimonial-style videos.

Nonetheless, with the four already settling with the SEC, the remaining two defendants, Craig Grant of Florida and Trevon Brown of South Carolina are yet to agree on the settlement terms.

The Law360 report summarizes that BitConnect indeed lured investors with fake promises of “no risk” returns throughout 2017, enticing them to pledge BTC used as collateral against which they could borrow and trade its native BitConnect Coin.

But in January 2018, the firm abruptly shut down its lending platform amid a cease and desist order from state regulators in North Carolina and Texas. Many investors ended up incurring massive losses since they could not redeem their BTC holdings. The majority of them were left holding relatively empty wallets after BitConnect Coin rapidly crashed by more than 90%.

BitConnect is among the largest Ponzi schemes that have invaded and infiltrated the crypto sector, having stolen more than $2.5 billion from duping thousands of investors over one year.

The fall-out from the scam has been global in reach, with 52-year-old Australian promoter, John Louis Anthony Bigatton, facing six charges carrying penalties of between two and ten years for his role in the scheme.