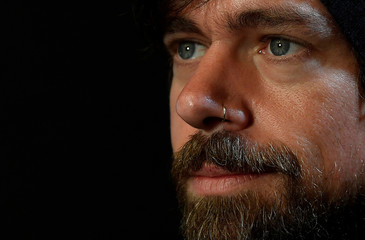 Once again, Twitter CEO Jack Dorsey has rejected the idea of him investing in Ether (ETH) despite the social media platform’s activities with ETH-based non-fungible tokens (NFTs). DespiteTwitter releasing 140 NTFs on the Ethereum blockchain, Dorsey continues to reject the altcoin as an investment.

On June 30, Twitter unveiled a giveaway through Rarible. Rarible is a large NFT platform using the Ethereum blockchain network for minting digital collectible tokens. Despite all the 140 NFTs being released on Ethereum, Dorsey is still exclusively loyal to Bitcoin (BTC).

Following the NFT news, Twitter user Packanimal mentioned that it was just a matter of time before Dorsey invested in Ether, to which the CEO replied with a simple ‘No.’

“With this level of mental gymnastics I’m surprised he won’t be representing the US at the 2021 Olympics in Tokyo this year.”

The co-founder and CEO of crypto-friendly digital payments firm, Square, has previously expressed his loyalty only to Bitcoin, saying in a 2019 tweet:

“I only have bitcoin.”

In Early June while attending the Bitcoin 2021 conference, he said:

“Bitcoin changes absolutely everything. […] I don’t think there is anything more enabling for people around the world.”

Being an early Bitcoin believer, Dorsey has insisted that BTC will be the only currency of the internet and has held this opinion since 2018. He has previously rejected investing in altcoins like ETH, claiming that he invested only in Bitcoin in 2019.

The Twitter CEO’s remarks come as some of the largest Bitcoiners admit that Ether might eventually flip Bitcoin to become the biggest crypto in the world. The founder and CEO of crypto investment firm Galaxy Digital, Mike Novogratz, projected on July 1, 2021, that Ether could become the “biggest cryptocurrency one day.”