Crypto Market Loses $300B In Past Week, As Bitcoin Transactions Near 3-year Low 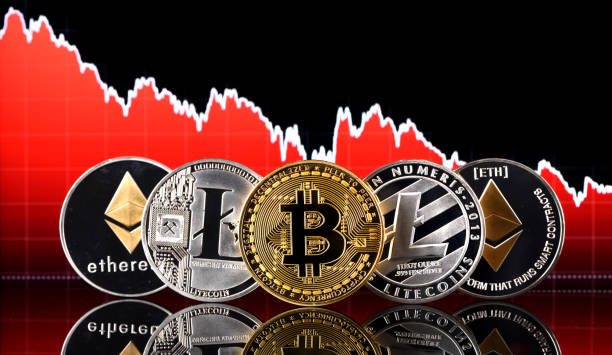 Bitcoin transactions have rapidly plunged as the general crypto market continues to lose value since its recent local peak. On June 7, the global crypto market reportedly lost $200 billion in 24 hours adding up to $300 billion losses recorded over the past week.

The downside momentum pushed the global market to shed in value since Bitcoin hit its peak on April 14, followed by altcoins peaking in early May. Since then, the market has reportedly lost $1.1 trillion which has wiped out the previous quarter’s growth across the breadth of the crypto space.

The recent slump also coincides with a marked decline in the number of transactions on the Bitcoin blockchain. On May 30, the number of daily transactions plunged below 175,000, which represents a three-year low stretched back to September 2018, according to Bitinforcharts data.

Ether recorded a similar price action and market pattern. Its daily transactions dipped from 1.6 million on May 11-the same day the ETH price peaked, to 1 million on June 6, translating to a 37.5% decline.

The number of on-chain transactions does not represent the full picture for Bitcoin or Ether about its earlier Lightning Network use and the latter’s utilization by its multitude of layer-2 protocols.

The dollar value of the coins that are locked in the Lighting Network also dropped considerably since peaking at an all-time high of $76 million on April 14. It is currently down to around $47 million at the time of publication.

Whether the general decline continues or not, it is all subject to the intense speculation from market analysts, who give optimistic and ominous predictions for the future direction of the BTC price.