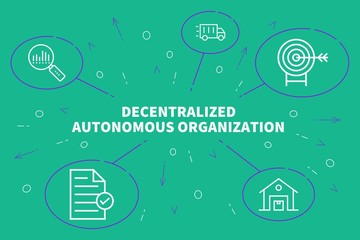 DeepDao, a data analytics site for decentralized autonomous organizations (DAOs), has raised $3 million for the future expansion of its data tracking suite. The platform secured these funds in a joint initiative championed by venture capital firms Hypersphere, DFG, and other notable investors.

“There is overwhelming demand, and seed round shows strong interest in data products for the DAO space and the belief that Dao ecosystem will grow.”

DeepDAO v1 version currently offers data for at least 100 DAOs, collecting data on organizations’ membership, treasuries, and governance. Based on data acquired from the site, DAOs represent about 66,000 members and $587 million in assets under management (AUM).

But, the AUM has dropped by 46% from around $1 billion in the past month amid the recent cryptocurrency market crash. Nonetheless, the DAO treasuries are still up by around 300% since early November 2021.

In a recent interview, DeepDAO founder and CEO, Eyal Eithcowich, predicts the total AUM of DAOs will surpass $10 billion in AUM and represent over one million users by the end of this year.

Daniel Bar, the founding adviser to DeepDAO and Bitfwd Capital Chairman, said that the team wants to expand data coverage, integrate DAOs from more networks, and launch new governance tools using the acquired money. Bar also mentioned that the platform will provide enhanced user experience, which will include social feeds and forums, saying:

“The decentralized governance space is developing at a breakneck speed; DeepDAO is serving […] the DAO space by providing a one-stop-shop where governance can be tracked.”

“We’re committed to listing all these governance systems across multiple chains and platforms, explore and analyze them as one large ecosystem, and provide social features and services to enable a transparent and active community.”

DAOs have enjoyed rapid growth over the past 12 months. But, Bar highlights several challenges affecting the nascent industry, including standardization, identity, and a sharp learning curve. He added:

“Most people still think of DAOs as a nebulous concept, the ‘Aha moment’ that DAOs are Web3’s social network didn’t click to most people yet. But it’s getting closer.”

“Decentralized protocols are governed by their users, but to unlock the transparency and inclusivity we need high-quality tools.”