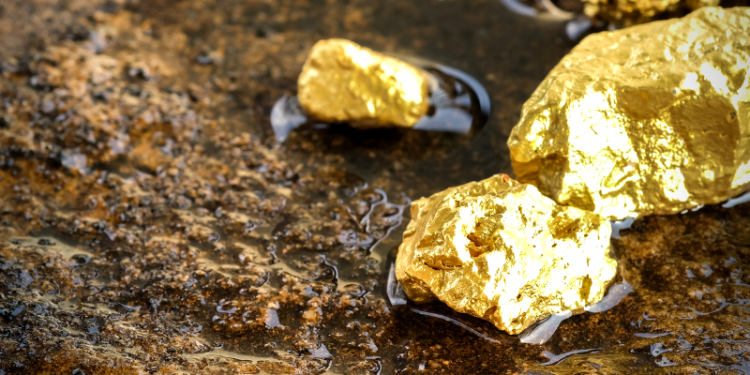 3 Top Commodity-Backed Tokens in 2021
2021 has been quite the year for cryptocurrencies. The market leaders, Bitcoin and Ethereum, both hit record highs, but they are currently in recovery mode after a big dip caused by flippant Elon Musk tweets and the threat of increased regulation in China.

While it is often the volatile nature of the crypto market that draws many recreational investors there in the first place, this same volatility is also perhaps the biggest reason why so many other potential investors stay on the sidelines. With the potential for volatility unlikely to go away any time soon, a new, less volatile form of cryptocurrency is quickly gaining popularity.

While the stable crypto forms of national currencies, such as Tether, may protect against the wider crypto market swings, fiat currency backed cryptos are still affected by the underlying fear of inflation and the impact this could have on the currency’s buying power over time.

An excellent way to hedge against inflation fears is to invest in commodity-backed cryptocurrency projects that use precious metals or other safe-haven commodities as their store of value. The savviest investors have always practised this method of diversifying wealth, and it is now something that savvy crypto investors can do via the speed, convenience, and safety provided by stablecoins.

The AABB Gold Token
The crypto version of gold seems to offer the best of two worlds. While gold is widely coveted, it is also not the most straightforward item to acquire. If you do obtain some, it needs to be held securely, which is an additional cost. The stablecoin version of gold allows investors to participate in the strength of the value of gold without the hassle of physically holding it.

Many gold-backed crypto projects are on the market, but the AABB Gold Token is of particular interest for several reasons. The most attractive and unique aspect of AABBG is its vertical integration of Mine-to-Token gold-backing, which is unlike any other cryptocurrency. Asia Broadband, Inc. (OTC: AABB) holds physical gold assets that back the AABBG token 100% from the mining production segment of its holding company.

One of the other attractive pluses of the AABBG token is that its price is given in grams rather than ounces, meaning that this is a buying opportunity for investors who may have been scared away from other gold-backed tokens because of their high ounce-correlated token prices. AABBG is actually a hybrid cryptocurrency rather than a true stablecoin, but it has the stable quality of a stablecoin with the token price supported at a minimum of 0.1 grams spot price of gold. This means that AABBG will rise in price in line with increases in the gold spot price.

AABBG’s holding company, Asia Broadband, Inc., is publicly listed on OTC Markets under the symbol ‘AABB’, and it is currently experiencing a period of rapid growth. Asian Broadband, Inc. has attracted a sizeable community of retail traders following on some of the liveliest social media trading channels, and the company’s assets of $100 million are a 5x increase on its position of just one year ago.

After selling over $1 million of AABBG tokens within the first two weeks of launch via its own AABB Wallet, the company is now working on the release of its proprietary crypto exchange due for launch in September. Once the exchange is live, AABBG will have the same potential for price appreciation as other major cryptocurrencies, like Bitcoin, based on market demand and the limited supply of tokens in circulation.

With gold-backed tokens already seeing significant backing in the crypto world, the additional benefits of the AABBG project make it one worth looking closely at for investors hoping to get in early with an ambitious project.

AGX Silver Token
If gold is the most precious of metals, silver is always also part of the conversation. With a storied history that matches that of gold, silver offers many of the same benefits that holding gold procures, but often at a lower cost.

An exciting project looking to open up the crypto market to silver-backed tokens is the AGX token. This endeavour is run by self-avowed silver enthusiasts who believe that silver is the precious metal that should be considered the true native global currency.

Backed by the LODE silver community, the big picture plan is to turn the world’s idle silver into an active currency. Silver holders can exchange their idle physical silver for a LODE token and then take regular dividends. While the AGX token is backed by the same silver exchanged for LODE. AGX allows retail buyers to invest in the underlying value of the silver and the potential for its value to steadily rise in the future, outside of the inflationary risks associated with fiat currencies.

Playing on the idea that gold is the money of kings, while silver is of the people, the LODE/AGX project has plenty of potential to tap into the still well under leveraged potential of precious metals other than gold being placed on the blockchain and converted into stablecoins.

The Petro
If gold and silver are the world’s most highly sought-after precious metals, oil is known as liquid gold for a good reason. Backed by the commodity that powers much of the world as we know it today, the Petro cryptocurrency was launched in 2018 by the Venezuelan government. Struggling under international sanctions, the idea was to leverage the country’s oil wealth into a cryptocurrency that could evade sanctions and develop into a profitable token that people all over the world could trade.

Venezuelan President Nicolas Maduro claimed that the initial sale of Petro had raised over $3 billion, of which $1 billion was registered with the country’s central bank. The problem is that none of this information is independently verifiable, and not too much has been heard of Petro in the last couple of years.

Creating an oil-backed stablecoin would seem to make sense on paper, but so far, it has not proven too successful. With 2021 experiencing such volatility, however, perhaps Petro will experience a resurgence and become more widely adopted as investors look to invest in the safe-haven tokens that commodity-backed stablecoins should provide.

Liquid gold could be an excellent commodity-backed stablecoin investment if managed properly, but for now, it would seem that the gold and silver route will be the ones that offer investors the best returns in the long term, and all without that wild market volatility that 2021 has seen so much of already.