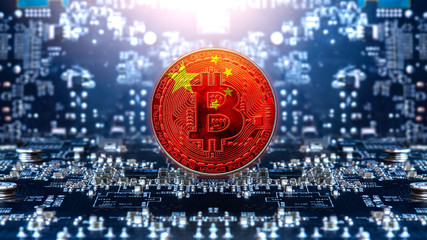 Major cryptocurrency mining firms in Shanghai have stopped their China operations after Beijing launched a crackdown on Bitcoin mining and trading. The move comes amidst heightened global security on digital currencies.

The Beijing crackdown on cryptocurrencies started on Friday after a State Council committee spearheaded by Liu He, the Vice Premier. This is the first time that the state council is scrutinizing the digital currency mining sector.

China is a hub for the largest crypto mining activities. The country accounts for around 70% of the global crypto supply.

One of the mining companies to leave Beijing is Huobi Mall, an affiliate of the Huobi crypto exchange. In an announcement on Monday, the firm stated that it had suspended all crypto mining activities in Mainland China and would move to other jurisdictions.

The other crypto mining firm that has also seized its operations in China is BTC.TOP citing too much scrutiny from regulators. HashCow has also added that it has stopped purchasing new Bitcoin rigs in China.

One of the main reasons behind heightened crypt mining activities in China is high energy consumption. According to Chen Jiahe, Chief Investment Officer at Novem Arcae in Beijing stated that “Crypto mining consumes a lot of energy, which runs counter to China’s carbon neutrality goals.”

Another reason behind crypto scrutiny is investor protection and to curb instances of digital currencies used for money laundering and terrorism funding.

Bitcoin has been having its worst-performing month since the beginning of the year. After the major blow on crypto mining activities in China, Bitcoin has now tumbled by 50% from its all-time high of $63,000. As of writing, Bitcoin was trading at around $34,000, a 5% decline in 24 hours.

However, Bitcoin’s recent tumble can also be attributed to the US, where regulators heavily scrutinize digital currencies. Last Thursday, Jerome Powell, the US Federal Reserve Chairman, stated that cryptocurrencies could cause financial destabilization, calling for tighter regulations.

China has already lost its position as a global leader in crypto trading. This was after Beijing prohibited crypto exchanges from operating in the country in 2017. According to the founder of BTC.TOP, China is bound to lose its crypto computing power to overseas markets such as the US and Europe.