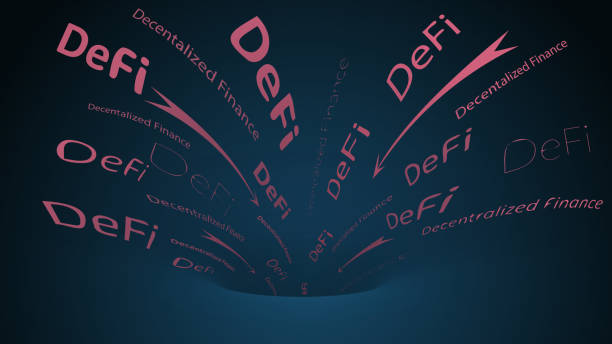 DeFi decentralized finance is falling into a hole

Decentralized finance (DeFi) was one of the major driving forces fueling this year’s surge in the crypto market. Projects like Aave (AAVE), Yearn.finance (YFI), and Uniswap (UNI) rapidly surged to gain ‘blue-chip unicorn’ status, while the older protocols like Compound (COMP) and Maker (MKR) saw their prices explode to new record highs.

However, just like the old saying goes, “markets take the escalator up and the elevator down,” and taking into context the volatile nature of the cryptocurrency market, it appears like the elevator is not malfunctioning and in a free fall.

The recently hot selling DeFi tokens have seen their values implode by around 60% on average since the recent all-time highs as the crypto space, in general, has lost over $1.2 trillion in value in less than two weeks.

Analysts discovered that the latest pullback resulted in the total value locked (TVL) across all decentralized finance platforms dropping from its all-time high value of around $164.2 billion on May 10 to settle at its current value of $93.34 billion, based on DeFi Llama data.

A lot of the value locked in DeFi protocols is derived mainly from the price of their native tokens combined with deposits of Ether (ETH)and Bitcoin (BTC). Therefore, the market-wide downturn has resulted in a precipitous drop in the total TVL, enhanced by frantic traders withdrawing their money to try and lock in what value they still have left.

Evidence about this sprint to the exits can be seen in the surge in activity across the major decentralized exchanges (DEX) on the Ethereum network that reached 10% of the total 2021 DEX volume, based on Dune Analytics data.

2020 included a bonkers DeFi summer++ and all of that is now dwarfed 🤏https://t.co/tBljaxFOCC pic.twitter.com/uPilmhXsBx

In general, the total altcoin market capitalization has dropped by over 50% from a record high at $1.48 billion on May 11 to reach a low of $705 million during the early trading house on May 23.

The new investors and traders who came in during the latest market exuberance are currently witnessing their first considerable market pullback which has resulted in the re-emergence of the largest Bitcoin critics like Nouriel Roubini and Paul Krugman.

On the flip side, massive dip-buying from some of the biggest BTC holders in the recent mayhem means that instead of a popped bubble, the market might be in for a ‘bubble deflation phase’ that will enable it to reposition itself after the major run-up from $3,700 in March 2021 to reach highs of $64,900 on April 14, 2021.