Crypto Is A Bubble But Bitcoin Might Survive – Vitalik Buterin 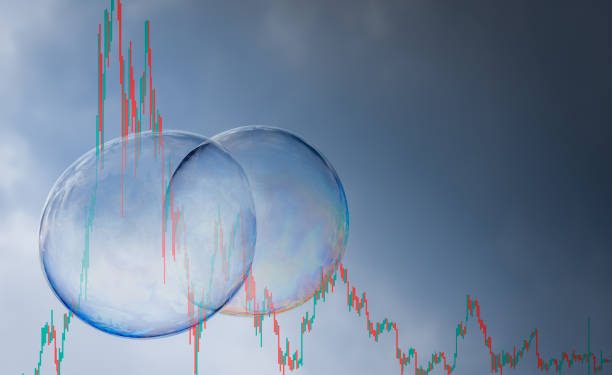 Ethereum founder Vitalik Buterin is convinced that the crypto market is in a bubble. He said that all the energy debate that is swirling around bitcoin mining needs it to embrace some technological change.

On May 18, Buterin spoke with CNN where he said:

“We’ve had at least three of these big crypto bubbles so far.”

According to him, he believes that it could have ended already or it might end in the coming months.

The crypto crash of the past few days has shocked investors around the world.

Vitalik Buterin isn't among them — even though the meltdown wiped out a huge chunk of his personal wealth. https://t.co/TkPlysfuNo pic.twitter.com/yuxxsPrsLB

Nonetheless, he failed to give a prediction of when the crypto market might pop but there is a ‘possibility that Ethereum will overtake Bitcoin in the future.

The 27-year-old programmer did not say whether the latest crash in the market that sent bitcoin below $30,000 was a viable indicator of the crypto bubble popping but added:

“Often enough, the reason the bubbles end up stopping is because some event happens that just makes it clear that the technology isn’t there yet.”

One notable factor in the BTC price crash was Tesla CEO Elon Musk’s announcement of his fears over BTC’s power usage. The Chief Economist of Chainalysis, Philip Gradwell, mentioned that institutional buyers might also hold some fears over cryptocurrency’s environmental impact, use cases, regulation, and illicit activities.

Bitcoin May Lag Behind

Buterin said that the energy issues over Bitcoin’s Proof of Work (PoW) mining are justified.

“The resource consumption is definitely huge. It’s not the sort of thing that’s going to break the world by itself, but it’s definitely a significant downside.”

Ethereum is currently in the process of shifting from a Proof of Work to a Proof of Stake (PoS) consensus algorithm, via the scheduled transition to Ethereum 2.0. It will significantly reduce Ethereum’s energy consumption. Nimbus estimates that PoS will be up to 99% more energy-efficient than PoW. The Ethereum founder insisted on the benefits of the transition, adding that:

Vitalik said that the power consumption of BTC mining and the hardware needed would result in increasing calls from its community to move towards a hybrid or switch to Proof of Stake.

“If Bitcoin sticks with its technology exactly as it is today, there’s a big risk it will get left behind.”

While such a call would be controversial, the Bitcoiners may welcome Buterin’s assessment of Elon Musk’s Twitter theatrics and antics. He mentioned that it is a new phenomenon in the crypto sector, and Elon Musk’s influence will fade over time:

“I think it’s reasonable to expect a bit of craziness. But I do think that the markets will learn. Elon is not going to have this influence forever.”