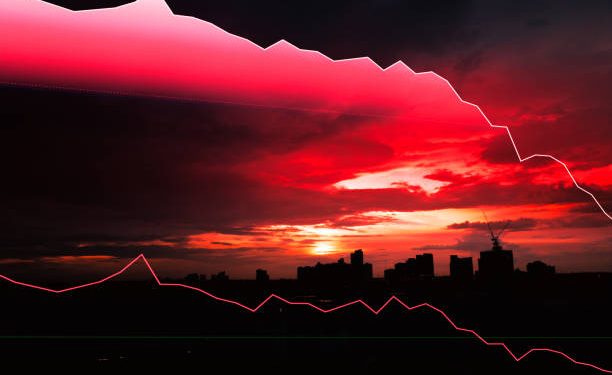 On May 21 at 8:00 AM UTC, reports indicate that $930 million worth of Bitcoin (BTC) weekly options are scheduled to expire. Normally, the leader Deribit holds a 90% share. However, the recent market drop might have offered the bears a lot of power.

Derivatives data for bitcoin weekly options indicate that the bears may have the upper hand in this expiry. While the market traders and analysts fight to find the best rationale for the 53% plunge from the $64,900 all-time highs, ExoAlpha CIO David Lifchitz is believed to have described the prevailing markets conditions perfectly when he said:

“This looks like the final flush-out after the last couple of months of an irrational bull run, shitcoin frenzy, and other antics.”

The latest correction was significantly strong that even the experienced and major bitcoin proponents flipped, including the likes of global Chief Investment Officer of investment giant Guggenheim. He went on to refer to the cryptocurrency markets as ‘tulipmania.’

Irrespective of the reason behind the latest price action, the traders that previously owned inexpensive rights to sell bitcoin at $45,000 and $46,000 are now celebrating.

It Is Not A ‘Balanced’ Situation, Avoid It

Even though the current setup appears quite balanced between call (buy) options and the neutral-to-bearish put (sell) options, BTC’s 30% plunge has shifted the balance to favor the bears in the last two weeks.

Out of the reviewed 11,872 call options, a mere 15% has been created using $44,000 and lower strikes. It means that the remaining 85% became worthless since there are less than 14 hours left for the weekly expiry. Thus, the 1,850 neutral-to-bullish call options that are currently found below $44,500 represent a $75 million open interest.

On the flip side, 88% of the put options have $36,000 or higher strikes. These options let the buyers sell bitcoin at a fixed price, which in most cases they are used on neutral-to-bearish strategies.

Unlike the futures contracts, there is not a lot of gain in rolling over a losing position to the following week. As the expiry date comes, a right to buy bitcoin at $50,000 is already worthless currently. That is the key reason why the bears’ current advantage might continue exerting some considerable pressure.

In general, the put options that are located at $36,000 and higher amount to $400 million in open interest. The about $325 million difference is favoring the more neutral-to-bearish options which makes it a decent advantage for the bears as the expiry hour looms.

Nevertheless, it is crucial to mention that monthly options normally handle most of the action, and May 28 will be the same with $1.95 billion open interest. While it appears premature to call it, the bears might continue to pressure the markets since there are nearly no call options at $38,000 or lower for the coming week.