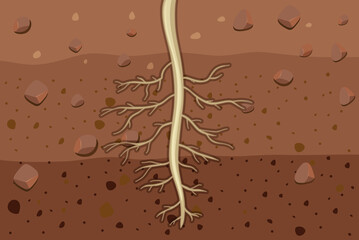 Latest data and reports show that the top-10 Bitcoin (BTC) mining pools by hash rate distribution now seem to signal for Taproot activation. BTC.TOP is the latest to join the proponents as of the time of writing.

Notably, 90% of Bitcoin’s hash rate shortly signaled for the protocol upgrade with the figure currently standing at around 73%. These pools are signalling for the Taproot activation but it may not manage to reach the 90% critical consensus mark in the current difficulty epoch.

Tweeting on May 17, 2021, Binance crypto exchange said that the Binance Pool had started signalling for Taproot. Based on data acquired from the Taproot Signal Twitter bot, Binance Pool’s maiden Taproot signal happened at block height 683,878.

Based on community feedback, #Binance Pool has begun signaling for Taproot.

It is estimated that #Binance Pool will fully support Taproot before Friday this week. https://t.co/eukp3FlEA8

Previous reorts revealed that the two biggest Bitcoin mining pools, F2Pool and AntPool, were among the earliest supporters of this protocol upgrade in the mining sector. The 12th-biggest pool by hash rate distribution, SlushPool, was the first one to mine the first transaction block that had a Taproot signal.

Now, the last of the top-ten pools to signal for this Taproot upgrade, BTC.TOP, did it on block height 683,945. In the past, the mining pool had said that it had finished the testing protocols needed to start including Taproot activation signals in their mined transaction blocks.

Data acquired from Taproot.watch, a webpage that was set up by Bitcoin developer Hampus Sjöberg, shows that there have been several occasions of over 10 successive blocks with Taproot signals in the current difficulty epoch.

Nonetheless, with up to 190 non-signaling blocks so far, Taproot activation in this difficulty window seems less likely. The protocol upgrade is designed to only move forward if 90% of the 2,016 mined blocks in a difficulty epoch contain an activation signal.

Taproot activation needs to be locked in before August 11, 2021, for the network upgrade to happen in November. If it happens, it will become the most significant protocol-level enhancement in the past four years for the flagship cryptocurrency, which is also the biggest by market cap.

The Taproot upgrade is expected to mask spending conditions that are prescribed by transacting parties, a feature believed to have considerable implications for privacy and smart contract capabilities of the Bitcoin protocol.