Elon Musk To Develop Own Crypto If Dogecoin Is Not ‘Satisfactory 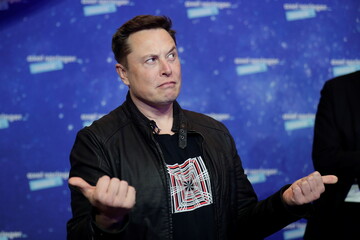 Elon Musk, the Tesla founder and CEO, said that he might go on to develop his crypto in case Dogecoin (DOGE), the crypto that launched as a joke, cannot do what he wants. Musk has been blamed for many movements in the cryptocurrency market after his company decided to acquire $1.5 billion worth of bitcoin earlier this year.

The billionaire, who calls himself the ‘dogefather’ for supporting DOGE, has called out bitcoin for contributing to the growing use of fossil fuel and the consequences that affect the environment.

“Cryptocurrency is a good idea on many levels and we believe it has a promising future, but this cannot come at great cost to the environment.”

However, his follow-up tweet might not uphold the bitcoin price as the crypto plunged by around 5% in a few minutes after Musk’s announcement.

Will Musk Create His Own Crypto?

Moments after Tesla’s announcement, Elon Musk came under fire for his position on crypto. In his response, the former ‘co-founder’ of the PayPal global payment platform said that he knows more about money than what the experts think.

“Hey cryptocurrency “experts”, ever heard of PayPal? It’s possible … maybe … that I know than you realize about how money works.”

Hey cryptocurrency “experts”, ever heard of PayPal? It’s possible … maybe … that I know than you realize about how money works.

Musk founded an online bank in 1999 that merged with another firm to become PayPal. He sold PayPal to eBay for $1.5 billion in 2002. Elon Musk was asked if he would start his own cryptocurrency to do all that he wants, but he responded in favor of dogecoin:

“Only if Doge can’t do it. Big pain in the neck to create another one.”

Only if Doge can’t do it. Big pain in the neck to create another one.

Musk’s tweets have left the cryptocurrency market globally with mixed sentiments and signals. Dogecoin has seen some gain while bitcoin has continued to lose value, singing below $43,000 on May 17, 2021. However, it has rebounded to trade above $45,000 at the time of writing.

The Tesla boss has repeatedly said that he wants a coin with significantly low transaction fees and great energy efficiency.