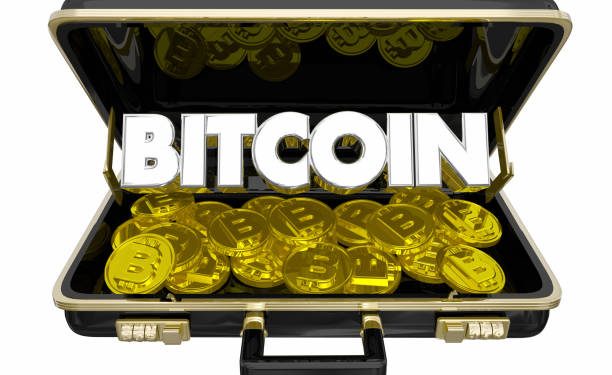 Declaring that bitcoin is a store of value, gold 2.0, but failing to recognize it as a medium of exchange defies logic. It needs to have a use case first. In their August 2021 paper “Is bitcoin money?” William Luther and Peter Hazlett wrote that there exists just:

“a small corner of the internet where transactions are routinely conducted with Bitcoin serving as the medium of exchange.”

But it now seems like the corner is growing into a room or even a house. Co-author Luther, assistant professor of economics at Florida Atlantic University, told reporters:

Others see a recent surge in cryptocurrency payment options with one partner at law firm BakerHostetler, Joanna Wasick, saying:

“More people are owning cryptocurrencies, and more companies are accepting them — sometimes even at an incentive over fiat. There’s also an influx of exchanges and payment platforms facilitating these kinds of transactions. I don’t think that happens without a demand.” 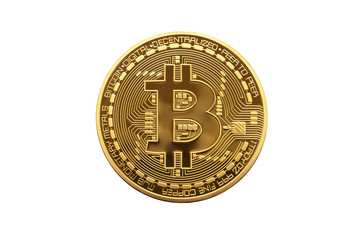 In the past week, eBay was reported to be exploring various crypto payment options that include NFT auctions. On the other hand, PayPal was reportedly discussing the development of its in-house stablecoin. Looking elsewhere, Switzerland’s Canton of Zug started recently accepting tax payments in Ether (ETH) and Bitcoin (BTC).

“There have certainly been some major announcements from mainstream financial services companies in the past several months that point to the momentum of viewing crypto as a payment option.”

Is It Still Highly Volatile?

Not all think that Bitcoin is a dependable medium of exchange. One professor of finance at New York University’s Stern School of Business, Aswath Damodaran, told reporters:

“I don’t see it, and the reasons are simple: It is an incredibly inefficient currency, with transaction costs overwhelming the benefits.”

All these inefficiencies might multiply as well as bitcoin continues to move closer to its 21-million limit. Although he does not rule out other cryptos as possible payments options, he added:

“It is also far too volatile for people to trust it.”

James Bullard, St. Louis Federal Reserve president, noted that in the 19th century, years before the American Civil War, it was quite common for the private United States banks to issue their in-house notes. That was a practice similar to the current crypto market, in his view. Bullard stated:

“They were all trading around [i.e., the banknotes], and they traded at different discounts to each other, and people did not like it at all. People want a uniform currency like the U.S. dollar.”

Since Bitcoin is yet to find any widespread use as a dependable means of exchange, increasing numbers have suggested that its proper role may be an alternative store of value, like gold. But for one, Luther does not believe that it makes a lot of sense, adding: 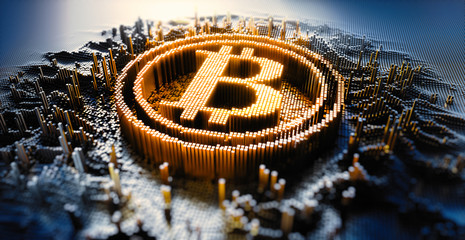 To say that Bitcoin can act as a store of value currently, and maybe a medium of exchange one day, although maybe not, might be putting the cart before the horses. In Luther’s opinion:

In the meantime, Bitcoin remains the most used crypto payments platform, according to BitPay that processes some $1 billion annually in cryptocurrency payments. BTC accounted for 72% of  BitPay’s crypto payments in March, which was far ahead of Bitcoin Cash (BCH) (14%) and Ether (10%), which ranked second and third, respectively.

There are several valid reasons why crypto partisans continue to use bitcoin for various transactions, even while other cryptocurrency platforms may be quicker with lower fees. Mati Greenspan, Quantum Economics founder, said in a recent newsletter:

“I don’t like spending my Bitcoin, but I know that as soon as I say those words ‘just send me your Bitcoin address’ the transfer will get done quickly and cheaply. I know for a fact that my analyst will be happy to receive Bitcoin, and that I have a Bitcoin stash that I can feasibly use to pay with. However, if I tell him, ‘Hey, let me send you some XLM,’ the response probably won’t be enthusiastic because it would probably require him to spend time and energy researching wallets and exchanges.”

At the moment, Bitcoin seems to occupy a somehow strange role as a “niche medium of exchange,” according to the famous Cato Institute’s Lawrence White in a blog post.

“It is better than other media for making some payments that, even if for legitimate purposes, might be censored if routed through payment systems controlled by national governments and central banks.”

For example, one grassroots human rights organization in Belarus has already used the bitcoin network to transfer funds to striking workers in a manner that the government cannot stop. Others now expect that bitcoin will achieve mainstream acceptance as a payment option. The chief marketing officer of BitPay, Bill Zielke, told reporters:

“Crypto is already a significant payment method, as more than a billion in volume occurs annually. Firms such as Newegg and Apmex, both top 100 merchants, already see a meaningful percentage of their sales in Bitcoin and other cryptocurrencies.”

For now, more needs to happen before bitcoin and other cryptos achieve mass adoption as payment options. Wasick said:

“Most importantly, a cryptocurrency needs to become more stable and stop being a speculative vehicle. If I think the value of my Bitcoin is going to go up, I’m not going to use it to buy a car. I’m going to sit on it so I can realize more gains.”

Damodaran acknowledged that, individuals who think a lot about using Bitcoin to acquire items have concerns that their BTC might be worth 30% more in a day or two. He mentioned:

“Sellers — e.g., merchants — don’t want to receive it since they are worried about the exact opposite. For good crypto to make it, it has to get governments to buy in, some version of a trusted authority to reduce transaction costs and [become] less of a speculative game.” 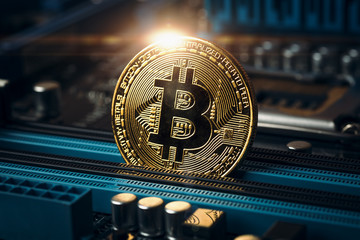 Luther explained to the reporters:

“The two biggest obstacles, in my view, are the volatility of its purchasing power and the relatively small number of transactions it can handle. Second-layer solutions have gone a long way toward eliminating the second problem — and will no doubt go further. Of course, that means most on-chain Bitcoin transactions would merely be for settlement.”

On his part, Smith said that there are regulatory concerns that many now believe would encourage widespread adoption like adopting a de minimis exemption for crypto transactions. For instance, crypto transactions that are less than $200 may be exempt from any taxation.

Wasick concluded to this matter raising a question:

“The regulatory regime needs to change or at least become clearer to people. How many people using crypto for payments know exactly what the tax implications are of their payment transactions?”

Do People Want A Uniform Currency?

What about Bullard’s contention that people are not keen to deal and transact with all the upcoming private forms of money. What they seem to want is a uniform currency like the United States dollar. Wasick said that Bullard has a point since people normally want a uniform currency. But Bullard seems to overlook some critical aspects of cryptos:

“They are decentralized and deflationary — or, at least, non-inflationary — by design. Fiat, by comparison, created and managed by governments, is by design inflationary. […] Dollars lose value over time.” 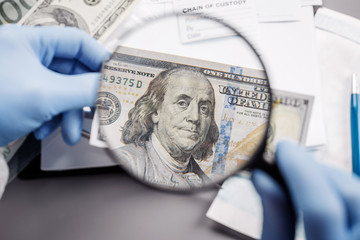 In Luther’s view, Bullard also glosses over some critical historical details. a majority of the pre-Civil War banknotes were not discounted since they normally traded at par. But, they were only discounted when they circulated far away from the issuing bank. For instance, the banknotes issued in Chicago may have traded at a discount in New York, but just because it was expensive to redeem them. Luther went on to say:

“Banknote collectors had to bundle them up and ship them back to the issuing bank to redeem them for gold. Then, they had to haul that gold back home. And, of course, they risked theft both ways.”

The banks would have liked to offer closer redemption options, but regulatory limits on branch banking never allowed it. Luther further said:

“Far from demonstrating an uncompromising desire for a uniform redeemable currency, as Bullard claims, the historical evidence suggests that many redeemable currencies might prevail, even under a poor regulatory regime that makes them perform far worse than they otherwise would.”

If Bitcoin Fails, Can Stablecoins Succeed?

The volatility challenges that plague the crypto sector persist, which is the reason why some think the solution for crypto as a payment mechanism begins with stablecoins. Zielke answered by saying that there is growing usage of stablecoins, adding:

“Accepting or paying with stablecoins opens up new possibilities for global businesses that require the stability of the dollar but the security, speed, and efficiency of blockchain payments.”

Luther likes the idea of stablecoins. But just like is the case with the traditional cryptos, they still require some improvements. He highlighted:

“For one, they tend to be stable relative to the dollar, which by definition means they will never be managed better than the dollar. A second concern is they typically require one to trust the issuer to manage the supply appropriately — a risky proposition.”

Damodaran was doubtful about the utility of stablecoins which he described as solutions that are seeking problems. Of all the challenges and problems that exist in the world, not having a viable currency that works is not among the top 100 in most nations around the world. 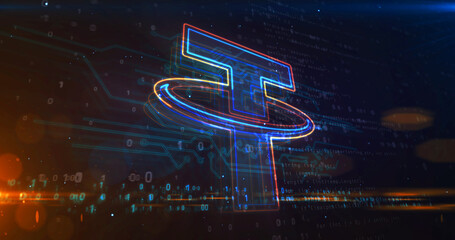 But it is a challenge in some locales, which is why Smith thinks that cryptocurrency as a payment method may first catch on majorly in the other non-US jurisdictions mainly the countries that do not have enough access to payment systems that make all internal transactions simple.

In the meantime, White also listed some of the other current BTC use cases including:

He concluded by saying that these uses, coupled with predictions of widespread future use cases, are adequate to sustain BTC’s positive market value.