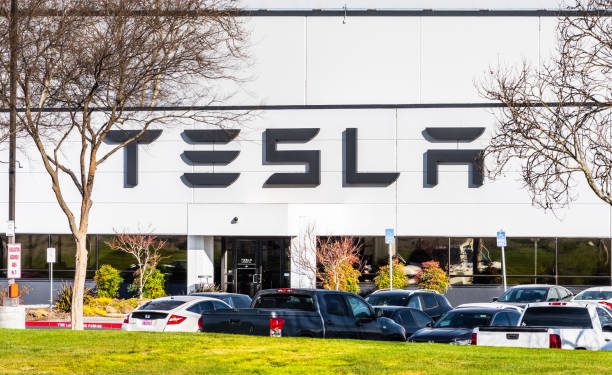 The electric vehicle manufacturer Tesla’s (NASDAQ: TSLA) stock has already lost 8.9% in 2021.but, a majority of the Wall Street analysts are bullish about the firm’s future despite the impending issues that range from supply chain to increasing competition in the market.

After exceeding Q1 2021 analysts’ projections, 11 out of 24 analysts think that the stock offers an ideal buying opportunity, according to TipRanks.com. Six of these analysts recommended holding while seven tell investors to sell.

“TSLA start of production delayed to January? So what? No contribution from Berlin is in consensus expectations for this year. I think Delivery will exceed these expectations without Berlin and without Austin in 2021.”

Could Analysts Be Wrong On Tesla?

Gordon Johnson has previously questioned Tesla’s 2021 meteoric surge and this time around he maintains that the firm is still at risk of failing to meet delivery targets. Johnson said that the investors should not bank on Tesla after beating analysts’ estimates by 13,000 cars.

Tesla managed to deliver 184,800 vehicles in the first quarter of 2021. Johnson says that analysts had incorrectly slashed their delivery projections for Tesla from 188,000 to 171,600 units. According to him, most Tesla analysts are maybe overreacting to Tesla’s Q1 2021 delivery numbers or they are misunderstanding them. Thus, he advises investors to sell.

Investors had anticipated that the stock would surge after the impressive Q1 results, but it seems that there remains some significant level of skepticism. The CEO of the private equity Patriarch Organization, Eric Schiffer, notes that the investors are currently rejecting the stock. He mentioned:

“Tesla’s performance was OK, but it wasn’t an Elon Musk slam dunk…I don’t think people are into Tesla because of bitcoin. Investors are rejecting the stock short term.”

Nonetheless, according to Rod Lache, Tesla is still a bullish stock, and investors should hold it since the firm is meeting its targets. He explained:

“We’re still bullish. Despite all of the skepticism, this company has done what it said it would do: Sell small volumes of high-priced electric vehicles, like the Model S and Model X, to help fund the development and production of mass-market cars, like the Model 3 and, eventually, the Model Y.”

Amid increasing questions about Tesla stock factors about increasing competition and global chip shortage still linger. Nonetheless, the firm’s entry into the cryptocurrency space may have a considerable impact on the shares.

Tesla announced a $1.5 billion bitcoin investment in February 2021. In the first-quarter results, the firm revealed that its bitcoin fortunes stand at around $2.5 billion.