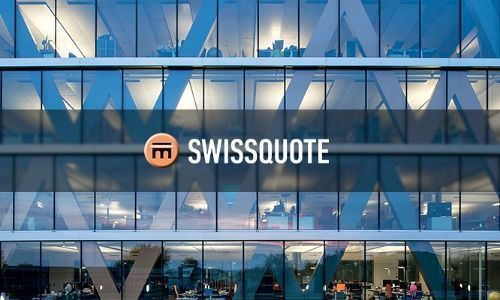 Swissquote and PostFinance are collaborating on a digital banking app. The app will be launched on May 11, 2021.

Swissquote, an online trading platform based in Switzerland, will launch a digital banking app named ‘Yuh.’ The platform will partner with PostFinance, a financial service unit for Swiss Post. Swissquote shared these details in a press release, which stated that the app launched on May 11 would create new strategies towards mobile banking.

The Yuh app contains several innovative features that cannot be found on other banking applications in Switzerland. The two companies have a significant presence in the financial sector in the country.

The CEO of Yuh, Markus Schwab, stated that the app would enable their clients to have a mobile accessible solution that will allow them to spend their resources according to their needs. The executive also added that they had trusted and knowledgeable partners in their beckoning.

Swissquote and PostFinance are collaborating to look for ways to make banking easier for their customers. This will be possible through the Yuh banking app created after the partnership. The CEO of Swissquote, Marc Burki, stated that partnering with PostFinance would help them achieve the necessary support in different areas of development.

The press release also stated that more features regarding the Yuh app would be relayed during the launch that is expected to happen on May 11. According to the release, the features that will be available on the app will be unique and not found on any other banking app.

The CEO of PostFinance also spoke of the development, noting that customers were increasingly looking for smart digital solutions. The Yuh banking app will integrate online banking technology from Swissquote. It will also take advantage of the high profile and the firm position that the retail banking sector harbors.

The significant development arising from the partnership will also rattle the mobile banking industry in Switzerland. The two companies behind this initiative have extensive experience in the Swiss market, which places them in a position where they know the demands and interests of their customers.