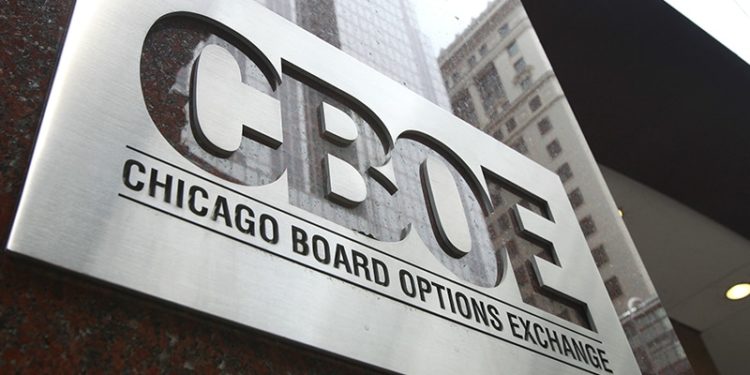 Cboe FX has recorded a total average daily volume of $30.7 billion in April 2021. This is a significant decline from the volumes of March 2021.

Cboe FX Markets had, in March, reported an average monthly trading volume of $38.2 billion. However, this did not progress to April, as proven by the recent monthly reports released by the company for April. The firm’s total ADV stood at $30.7 billion. April had 22 trading days compared to March, which had 23 trading days.

Cboe’s trading volume curve has sharply declined in April. The total trading volume for April stood at $677 billion. This was significantly lower than the $880 billion reported in March 2021. March’s trading volumes for March were the lowest the company has ever recorded since August last year.

Last month, there was an increase in annual daily volumes for Cboe Global Market for options. The ADV increased by over 18%, from January to March this year. This had been caused by the increased demand for crypto assets that was witnessed during this period.

The firm commented on this development, noting that the total combined volume for Cboe Global Markets for four exchanges reached a new high monthly volume. It increased by 266 million of the total contracts traded. The total volume for options also rose to a new volume record for the first quarter with 773 million contracts traded.

Cboe Global’s average daily volume for index options surged by 19%, which was higher than the 1.6 million reported during the last quarter of 2021. These details were revealed as Cboe Global released its financial records for the first quarter of 2021.

Cboe has also been making changes to business processes to guarantee their success. In January this year, Cboe completed the process of acquiring BIDS Trading, a dark-pool trading platform. BIDS Trading is the biggest block-trading platform ATS in the US in terms of volumes. The financials for the acquisition were not revealed in the process.