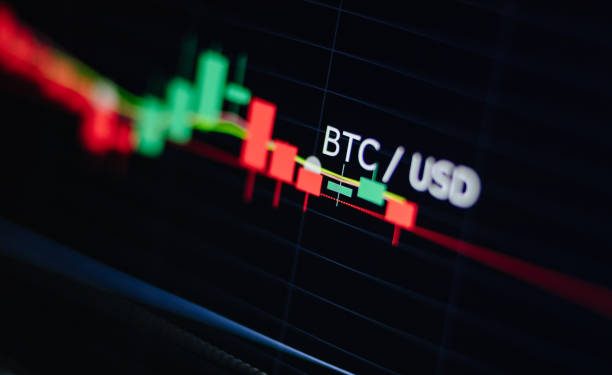 Bitcoin appears to be challenging the familiar significant all-time highs as the new week gets underway. On May 3, the biggest crypto rallied to reach above $58,000 with fresh gains coming as the weekend preserved previous gains.

After the unexpected rally on April 30, the flagship crypto saw a gradual comedown through a major part of the weekend. It turned on its head overnight on May 2, nonetheless, and now it seems to be getting ready to fight the resistance that has formed near $60,000.

What is in store for the bitcoin price in the days ahead?

With different major markets closed for the May holidays, there are fewer cues than normal coming from the commodities and equities. The Asian stocks tracked losses that were fueled by different underlying issues like the current Indian COVID-19 debacle.

Concurrently, in the US, the S&P 500 futures are already recovering the ground that they lost on April 30. Unlike Bitcoin, these markets did not react well to the rumors that fiscal support measures over the coronavirus may be reduced by some banks. Notably, these were an integral element behind the S&P’s record performance in the past year.

In tandem with this move was a shift in the strength of the dollar, nevertheless, with the United States dollar currency index (DXY) recording impressive gains after a month of descent.

Based on previous reports, DXY and Bitcoin seem to be inversely correlated. But, last Friday appeared to be another notable exception. Bitcoin spiked conspicuously out of nowhere on the day, surpassing $58, 300 before it reversed.

A major topic remains inflation with senior US officials thinking that trillions of dollars in virus stimulus will have minimal impact on the dollar, while others disagree.

Monday has seen another blistering comeback for Bitcoin. Barely a week after its recovery from its dip to around $46,000, the price of bitcoin is now making good on its gains from late last week.

While the weekend was generally lackluster in tone, today seems to be experiencing the type of “buying frenzy” that arch-nemesis Warren Buffett has been expecting in the traditional markets. At the time of publication, Bitcoin appears to be consolidating above $58,000, the site of an all-time high recorded in February 2021. It is now continuing higher, calming near $59K.

A look at buying and selling demand from the order book of the Binance crypto exchange shows that resistance is still strong at $60,000 and above, and bulls will need to knock down multiple walls of sell orders to break out beyond the current all-time high set above $64,500. Another major barrier has formed around $68,000.

On the other hand, the picture of support levels appears less sturdy, $52,000 is the first solid level among the traders, followed by $50K and then $48K.

Nevertheless, appetite for bitcoin might also be experiencing a new bullish phase as stablecoin balances on the exchanges keep filling up. Against massive ‘printing’ of the assets, such a trend seems to raise the prospects of considerable buyer demand materializing, helping in boosting the spot price action.

“Stable coins are flowing back into exchanges. You know what that means.”

Last week’s gains were significantly driven by ‘genuine’ buying among the spot traders, while the leveraged trades declined.

Another theory has focused on Bitcoin stating that it is just playing catch-up with a red-hot altcoin scene that is led by Ether (ETH). The performance seems to have defied expectations; ETH/USD is currently consolidating above $3,100, having gained about 28% in the past week compared to bitcoin’s 11% gains.

This price action predictably shaven more clout off BTC’s market cap dominance that is now around 47.7%, its lowest since July 2018.

A popular Twitter trader Crypto Chase predicted, along with further upside against BTC:

In the meantime, Glassnode on-chain monitoring resource saw some strength in the decreasing network value to transaction ratio (NVT) on Ethereum. The decrease corresponds to organic trade volume that fuels price gains. The company commented on an accompanying chart:

“As $ETH price reaches over $3,000 setting a new ATH, the NVT Ratio is driven back down towards this cycles lows. Low NVT Ratios indicate transaction volumes are high and growing faster than the network market cap. Today’s market strength is supported by volume settled on-chain.”

In the current market scenario, the network fundamentals are still playing catch-up after seeing some form of a ‘reset’ in the past several weeks. That first came in the form of a short hash-rate plunge as a result of flooding in China. BTC’s network difficulty then started showing a drop to accommodate the loss of participants.

As difficulty adjusts after every two weeks, it took up to May 1 to kick in real terms. The resulting 12% plunge has been the biggest since November 2021. With that out of the way now, the door seems open for returning mining hash rate to increase competition and return difficulty to positive adjustments.

But, it is still early since the current estimates still call for another drop, which this time around are believed to reach -7%. In the meantime, the hash rate has recovered from its previous shock, standing at nearly 161 exahashes per second. The monitoring resource MiningPoolStats says that its peak was 168 EH/s.

With the new gains comes a familiar shift in the sentiment and market participants seem to be getting greedy. That has been determined by the ever-popular Crypto Fear & Greed Index. The Index is back in ‘greed’ territory after more than doubling since late last week.

The index uses many factors to create a normalized score between 0 and 100 for how fearful or greedy crypto markets widely are on a particular day.

Its score seems to highlight when a price floor is in, or conversely when a sell-off is due. But, at 61/100, the Index still has some room to grow before it sounds like a local top. Hence, “extreme greed” is not here yet.