Elon Musk Says He Has Not Sold Any Of His Bitcoin 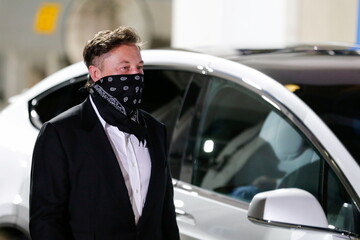 Billionaire entrepreneur Elon Musk took to Twitter to assure the crypto community that he has not sold any of his Bitcoin stashes, despite Tesla realizing profits from its recent Bitcoin buys.

The CEO’s comments came in response to accusations from comedian Dave Portnoy that he had profited from a BTC pump and dump engineered through his public statements supporting the crypto.

“Tesla sold 10% of its holdings essentially to prove liquidity of Bitcoin as an alternative to holding cash on balance sheet. I have not sold any of my Bitcoin.”

No, you do not. I have not sold any of my Bitcoin. Tesla sold 10% of its holdings essentially to prove liquidity of Bitcoin as an alternative to holding cash on balance sheet.

Based on previous reports, Tesla Inc sold some of its BTC holdings in the first quarter of 2021, generating net profits of $272 million. In February 2021, the firm catalyzed the cryptocurrency market bull run after announcing a strategic purchase of $1.5 billion worth of bitcoin. At the time, this purchase was worth 7.7% of its gross cash position.

In the same month, Tesla said that it would start accepting bitcoin payments for its cars, insisting that it will store the funds in BTC instead of converting them into cash.

Elon Musk has never disclosed how much Bitcoin he holds personally. However, his latest tweet indicates that he is reluctant to sell it. At the time of publication, bitcoin has gained 5% in the last 24 hours to trade at just below $55,000, according to CoinGecko.