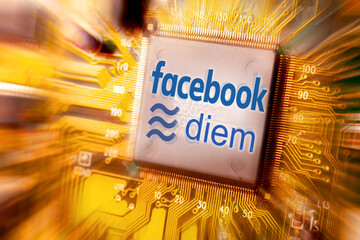 Diem, the Facebook-backed digital currency project, may yet launch its first stablecoin in 2021 as a small-scale pilot, based on reports from an anonymous source. The source also said that the first Diem pilot will focus on transactions between the individual consumers.

The source was cited in a CNBC report published on April 20 alleging that the Switzerland-based nonprofit The Diem Association still intends to launch its pilot for a United States dollar-backed stablecoin later in the year.

In November 2021, the association had already unveiled its plans for a constrained launch of a US-dollar stablecoin in January. But, the currency is yet to hit the market as the months keep passing.

Diem’s stablecoin is a considerably scaled back and rebranded version of Facebook’s original vision for a global digital currency, native to its platform, which would be integrated with a basket of many fiat currencies. Apart from abandoning the name Libra, analysts and commentators have focused on the thoroughgoing changes to Diem’s evolving project responding to a striking pushback from the global regulators and nation-states.

“Changed dramatically over the past year and a half from a naive blockchain to a very sophisticated blockchain that you can see is trying to answer some of the questions that regulators had.”

Currently, First Digital Assets Group is creating infrastructure for merchants that want to facilitate Diem’s use as a means of payment. In the meantime, Diem continues to await regulatory approval and the granting of a payments license from the Swiss Financial Market Supervisory Organization.

Most of the commentators speaking to CNBC were quite optimistic with Chainalysis CEO Michael Gronager stating:

“I think it [Diem] will get past the gates this year. It would be a missed opportunity if not.”