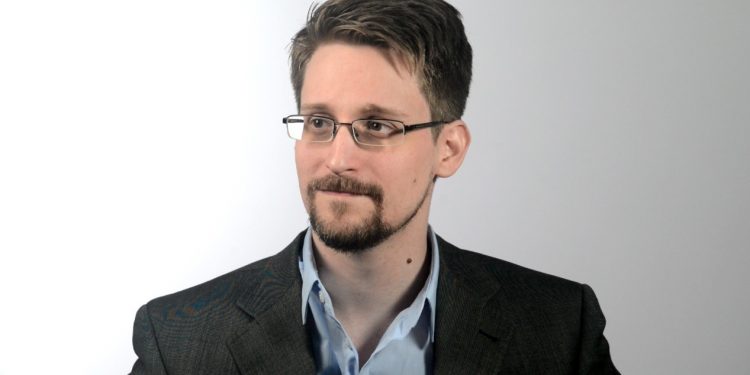 Reflecting on his decision to go public with classified information, Edward Snowden says, "The likeliest outcome for me, hands down, was that I'd spend the rest of my life in an orange jumpsuit, but that was a risk that I had to take."

Edward Snowden’s NFT has been sold for 2,224 Ethereum, worth more than $5.5 million. The NFT was sold in a charity auction that was conducted for an entire day.

An NFT titled ‘Stay Free’ has been sold for more than $5.5 million. The amount was paid in the form of 2.224 Ethereum tokens.

We have a winner, internet friends. I want to extend a very special thanks to everyone who followed this over the last 24 hours, and the deepest gratitude from EVERYONE at our @FreedomofPress to those who bid on our charity event. You help us make a better world. Stay free! https://t.co/A5SJDs5Sjp

This art piece is inspired by a historical ruling that revealed the National Security Agency was conducting mass surveillance against the law. The piece bears the image of the whistleblower, and it was created using open-source software.

NFTs have been constantly used for charity auctions. Jack Dorsey, Twitter’s founder, also received an NFT worth $2.9 million for his first tweet. The proceeds accrued from the charity auction of the ‘Stay Free’ NFT will be used to fund a charity organization named ‘Freedom of the Press’ foundation. This is an organization where Snowden serves as president.

The meaning of NFTs

An NFT or a Non-Fungible Token is a publication, video, or any other digital asset signed and verified by a creator. This is done for authentication and security purposes. Anyone who purchases an NFT becomes the new owner of it. He or she is given a unique code that is stored on a blockchain network.

NFTs offer authenticity and security of art pieces. They help avoid cases of duplication in that even if one duplicates it multiple times, the one on the NFT will be the only authentic and original copy.

The rise of NFTs has raised concern among environmentalists where they point out the high level of energy and computing power needed to mint their artwork on a blockchain. However, the not-for-profit organization on which Snowden is president announced that they would balance off the carbon footprints used in creating Snowden’s NFT.

The importance of NFTs

NFTs are very important in that they help in protecting the work of artists and art creators. They enable this by inhibiting the possibility of duplication and protecting the authenticity of original pieces. NFTs are also being used to fund charity organizations. Before Snowden’s NFT, the founder of Twitter also sold his first tweet NFT and donated the proceeds to charity.

Speaking after the charity event, Edward Snowden stated that he was pleased with his NFT’s impact on Freedom of the Press. It will help to create a better world not only for his foundation but also for the entire press community.