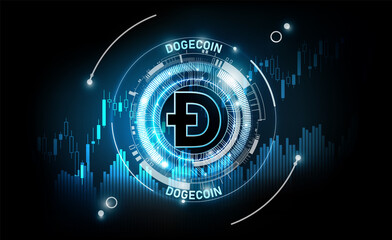 Dogecoin is awake once more. At the time of writing, the ‘meme’ crypto is trading around the highs of $0.1362 after surging by almost 8% in the past 24 hours. DOGE is now back on the list of the top 10 most valuable digital currencies in the world.

Based on the latest data published by Coinmarketcap, Dogecoin exceeded the market cap of $17 billion on April 14. Currently, this crypto is more valuable than several other popular coins including Bitcoin Cash (BCH), Tron (TRX), Chainlink (LINK), and Stellar (XLM).

Dogecoin has posted almost 3000% gains in 2021 having started the year at a price level of about $0.004. this explosive surge in the price of digital currency came after growth in demand from the retail traders. In January this year, the crypto spiked by almost 900% within 24 hours after getting support from Reddit groups like SatoshiStreetBets and WallStreetBets.

The recent growth in the adoption of Dogecoin has played an integral role in its record price gains. Last month, an American professional basketball team, Dallas Mavericks, became the first NBA team to accept DOGE as a form of payment for its merchandise and tickets.

One of the biggest crypto ATM providers in the US, CoinFlip, recently said that it has listed Dogecoin on its 1,800 ATMs across the US. The listing comes to make the crypto available to the general public. Also, the Latvian airline airBaltic said in March 2021 that the firm has started accepting various cryptos as a payment method, including Dogecoin.

The general market cap of cryptos reached an all-time high of $2.25 trillion on April 14 after Bitcoin and Ethereum also recorded massive gains in the past 24 hours.