Bitcoin’s Carbon Footprint Is Hard To Estimate, Or Is It? 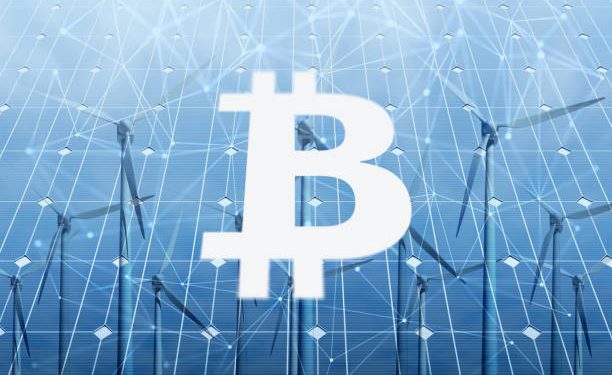 The effect of bitcoin (BTC) mining on the environment has become a debate. Here is what the academics think and is ‘green Bitcoin’ possible? Debates surrounding the environmental impact of the BTC mining ecosystem are heating up once more. The academics have offered a fresh dossier of perspective on the subject.

A former assistant finance professor turned columnist, Noah Smith, wrote in an opinion piece about the bitcoin mining sector in March. He suggested that the constantly growing energy consumption of the network is unsustainable. Smith believes that more countries will clamp down on BTC mining because the process uses more power as the price of bitcoin increases which is matched by surging hash rates.

Nic Carter, Coin Metrics founder, has rebutted some of the points that were raised in Smith’s column. But, there still appear to be divided opinions around the total amount of energy that BTC mining attracts, the sources of this mining energy, and the carbon footprint that the sector has on the planet.

Currently, the mining sector appears quite inclined to downplay the extent of its resource-intensive work, and some insiders have said that talk of BTC’s environmental impact is a non-issue. Data suggests that a large share of hash power attracts energy from renewable sources. Nonetheless, environmental advocates have shifted their focus to the industry in return which has created a seemingly never-ending debate on the subject. 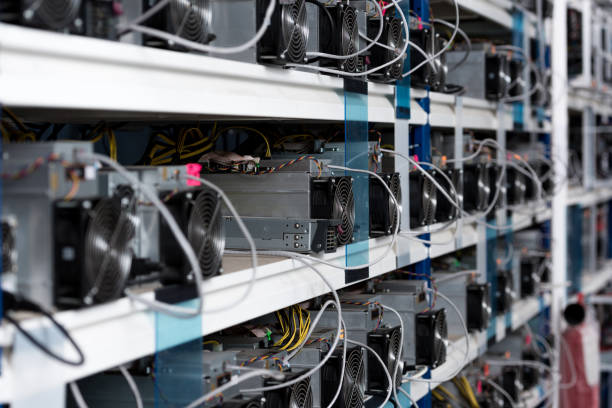 Reporters have spoken to many academics in this sector to get different views on the matter. For instance, those behind the Cambridge Bitcoin Energy Consumption Index that has now become a trusted reference point for the estimated power consumption rate of the BTC network, believe that there is some confessed limitation.

Additionally, Aalborg University Ph.D. fellow Susanne Köhler together with associate professor Massimo Pizzol co-authored a study going by the title “Life Cycle Assessment of Bitcoin Mining. This study gives some data-driven assumptions about the environmental impact of the sector.

The CBECI Answers This Question

Anton Dek, Cambridge Centre for Alternative Finance crypto asset and blockchain lead, highlighted the history of the CBEC and the strategy used to produce the energy consumption estimates of its Bitcoin Electricity Consumption Index.

The Cambridge research associate mentioned that the team had seen that other models that were aiming to develop accurate estimates of the BTC network’s energy usage had employed a top-down approach. They used data like the total amount that the miners spend on electricity as an example.

Interestingly, the CBECI methodology is a “bottom-up approach.” It is designed to use data on the available mining hardware to develop a lower and an upper bound estimate of the BTC network’s energy consumption. Dek explained:

“The information is based on assumptions from objective figures like hash rate. These different machines all have known efficiencies, joules of energy they expend to solve hashes. Based on these assumptions, we built the index.” 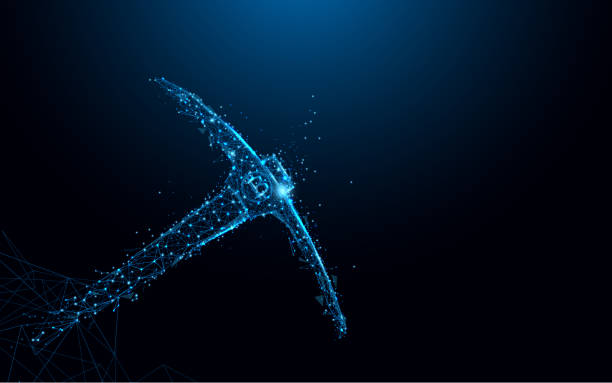 The index offers an estimated power consumption range. Currently, its theoretical lower bound annualized electricity consumption is set at 43.32 terawatt-hours compared to the theoretical upper bound at 476.18 TWh. This estimate of BTC’s current consumption is mainly based on the assumption that the miners use an integration of profitable hardware.

CBEC is yet to make any models on the breakdown of the energy sources that power the bitcoin network. But, the initial intention for the setting up of the CBECI index was to offer a carbon emission model. Dek confirmed that his team is still working on that model that he hopes will go live later in 2021.

The CBECI site also offers a global mining map that importantly provides a breakdown of how the BTC mining network is distributed globally. This map offers country-by-country hash rates with China’s 12 provinces also accounted for; given that over 50% of the world’s Bitcoin hash rate is located in the country.

This breakdown of hash rate locations is derived from data offered by mining pools Poolin, BTC.com, and ViaBTC. It contributes to 37% of the general BTC hash rate. Dek also said that their data set is now more than one year old but still lets researchers make some accurate assumptions about the energy sources used by the miners in particular regions or countries.

“This is self-reported data by mining pools, so we have to trust these guys. But even if it’s all true, we only cover 37% of Bitcoin’s total hash rate from those three pools that provided information to us. If we extrapolate it to the total miners, we assume this is the representativeness of this sample, which might not be true, given that we have more data from China. That’s something we’re going to improve on.” 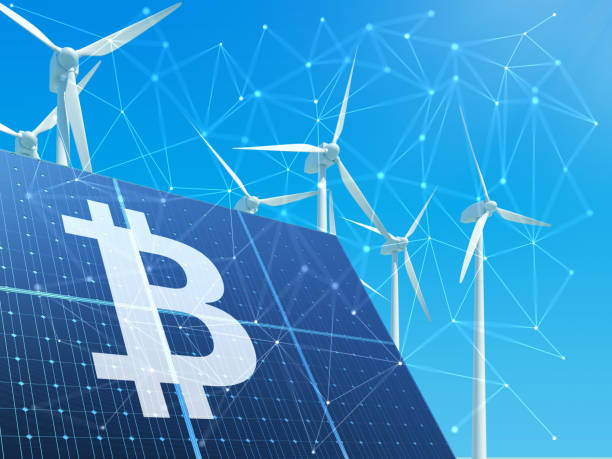 The regional view of China also offers a glimpse of the energy mix that the miners are using in various regions. The team is yet to release that particular data visualization since it is convinced that the current 37% hash rate, the basis of their data, is not an adequate representative to make accurate estimates of the BTC network’s carbon footprint. Dek mentioned:

Nonetheless, Dek stated that other researchers have settled on estimates by taking the total annual power consumption of the BTC network, about 130 terawatts-hour, and multiplying that by the mean/average carbon emission factor (~0.5kilograms/carbon dioxide per kWh produced). The Cambridge researcher said that such an estimate might not be representative, given some of the assumptions that can be acquired from regional location data of bitcoin mining activity:

“It’s more complicated than this because I think the Bitcoin energy mix doesn’t fall in the average world mix. The reason is that they use renewables, not because of their benevolence, but for purely economic reasons. Hydropower exists in abundance in some regions, and if you look on the Bitcoin mining map and China, the Sichuan region is still very important for mining.”

Dek pointed to the majorly reported presence of mining facilities in the area that operate on the electricity produced by hydroelectric dams in Sichuan. The CBECI data also reflects the surge in the hash rate in the area during the wet season, where the excessive rains lead to more power generated by swollen dams.

Perspectives Got From “Life Cycle Assessment of Bitcoin Mining”

The “Life Cycle Assessment of Bitcoin Mining” 2019 study by Köhler and Pizzol offers an estimate of BTC’s environmental impact using a strong and well-established life-cycle assessment methodology. Notably, it estimated that the BTC network consumed 31.29 TWh with a carbon footprint of 17.29 metric tons of CO2 equivalent. These numbers were acquired in 2018 using data, information, and methodology acquired from previous studies on this subject.

In a conversation with reporters, Köhler said that their study indicates that the impact of new capacity getting added to the BTC mining network drops according to two assumptions.

The first assumption is that equipment becomes more efficient, which was justified to be true about two years later. The second assumption of miners migrating to areas with more renewable energy sources never happened as it was anticipated. Köhler mentioned:

“Even if mining is more efficient, there is much more mining done, and this means a larger impact. The assumptions in our study were influenced by rumors that China would crack down on their miners. More recent data on mining locations indicates that did not happen as expected. Still, the effect of improving the energy efficiency of the hardware means that the impact per additional TH mined decreases (thus, in relative terms). However, we see now that the hash rate increases at a faster pace leading to larger overall impacts (thus, in absolute terms) in other words.”

According to her, their original assumption has been explained to some extent, as the growth of the BTC network’s hash rate has resulted in higher electricity usage and, thus, more of an effect on the environment.

Nonetheless, the Aalborg Ph.D. fellow concedes that getting an accurate estimate of the energy consumption of the BTC mining ecosystem and its carbon footprint is a somewhat tall order. That is due to several factors, including the exact location and shares of miners, the mining equipment that is being used, and the accuracy of data from different sources.

The Prospect Of “Green Bitcoin”

Another interesting point raised by Dek is the interest that his department has acquired from various players in the crypto sector. Private companies and fund managers have asked about data or services that can accurately prove how “green” a Bitcoin is, which is determined mainly by whether or not it was mined using a renewable energy source:

“Fund managers are now interested in things like ‘green Bitcoin.’ More institutional investors are coming in, and lots of them are interested in the ESG (environmental, social, and governance) consideration of Bitcoin. The ideal for them would be to have a system that colors the Bitcoin.”

Dek also stated that some of the miners are seeking ways to prove that they used green energy to mine their bitcoin. It could possibly create a market for ‘green bitcoin’ getting sold at a premium enticing miners to shift to green energy sources. 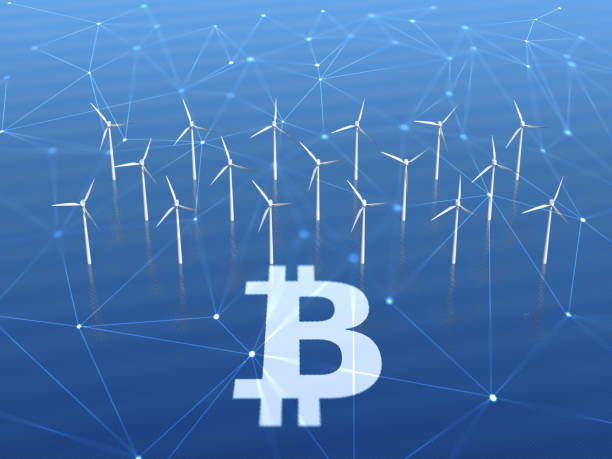 In the meantime, Köhler thinks that many bitcoin miners are mainly focused on profit margins and that cheap electricity, irrespective of how it is produced, will override the hype of green energy sources in case they are not as affordable:

Dek shared the sentiments and mentioned that the miners are normally rational about all the business decisions that they make. In case there is a cheap energy source, they go for it despite how the energy is produced or what incentives are offered to use green energy sources:

“I find that miners, especially big Bitcoin miners, are rational economic players. I think they’ll continue to act this way — if there’s a cheaper option, they will switch, and if not, they’ll stay.”

As Köhler bundled it up, more access to data from sector players may well offer the answers to a discussion that might go on for many years to come. She added:

“Better data and more transparency from the mining industry would allow for better models and less speculations — within the crypto space and in the public. As long as the impact of Bitcoin mining continues to increase, I do not see an end to this debate.” 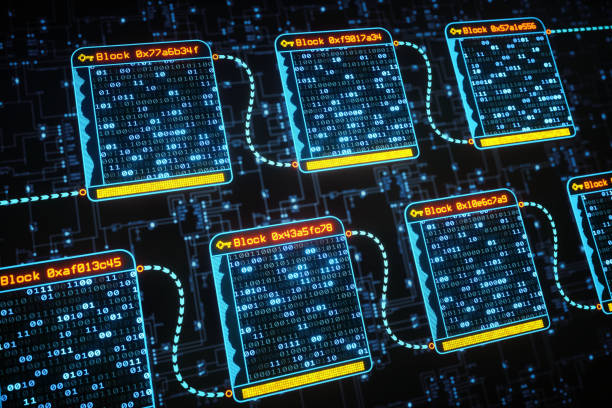 Dek agreed with the assessment about this debate centered on Bitcoin’s environmental impact as a result of the distributed nature of the network, even when more data and tools are made available. He also insists that BTC’s protocol was created in this way for a reason:

“Bitcoin has to be inefficient by design. If it’s very efficient, it would be very cheap to perform attacks on the network.”