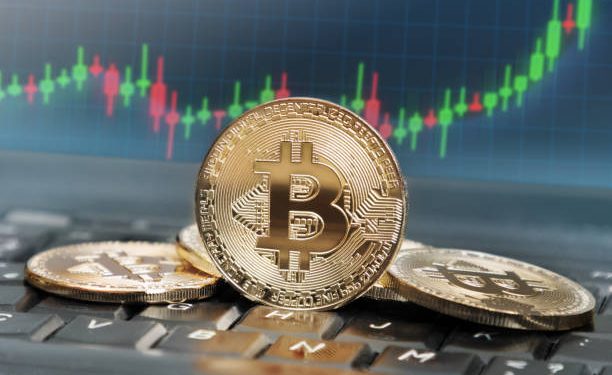 In an April tweet, PlanB said that conditions were now perfect for the buyers to keep accumulating with confidence.

Bitcoin has experienced a lack of momentum over the past weekend and it culminated in a dive towards $56,000. With resistance formed near the all-time highs of $61,700 now at its lowest since that price zone was first reached, it may now pave the way for bulls to take over and push bitcoin towards $63,000.

Moreover, many on-chain indicators suggest that the sellers are now tired.it capitalizes on an existing narrative that favors hodling and not short-notice trading or selling, as the key strategy for Bitcoin investors. PlanB wrote, highlighting four indicators:

“Now that all Pi-cycle, Wave, Rainbow, and NUPL fans have sold their bitcoin, it is probably time for institutions to resume buying into Q2.”

Among them, the so-called ‘Rainbow’ price chart that categorizes the spot price in terms of investor sentiment, majorly favored hodling this week. It also encouraged buying more bitcoin at the current prices.

An interesting comparison comes with the top of the two previous bull markets that happened in late 2013 and late 2017. Then, Rainbow showed a bubble-like top forming, with the indication that the holders should take profit. Since the current readings are far from such a market top, the indicator now suggests that the current price gains have a long way to go before the bull cycle reaches a local top.

Based on previous reports, PlanB’s stock-to-flow Bitcoin price models target $100,000 and more this year, with up to $576,000 and higher in the current halving cycle that ends in 2024.

In the meantime, proof that institutions are still interested in acquiring bitcoin may already be in. On May 5, the professional client-focused exchange Gemini confirmed that $257 million in BTC left its holdings in 10 minutes.

The huge outflows have dominated recent months and the success of instruments like the Purpose Bitcoin ETF indicates that demand is growing and bitcoin might not stop at $60,000.

Across the crypto exchanges, reserves of BTC are still dropping, down below 2.3 million as of this week.

Based on data acquired from on-chain monitoring resource Glassnode and confirmed by Whalemap, buyer support more widely is continuing to cement itself at around $57,000, reducing the possibility of deeper price drops. Can BTC surge towards $70,000 or will another deep correction take over the market?