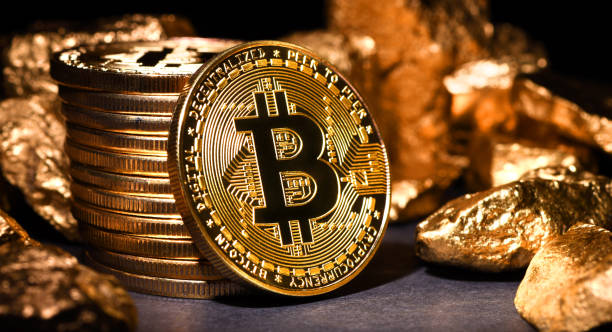 Mike Novogratz, the Galaxy Digital CEO, thinks that bitcoin (BTC) is on track to meet or even surpass gold’s market cap amid a massive wave of institutional and retail adoption of the digital asset. The billionaire CEO told CNBC that he is shocked at the rate of the current crypto adoption.

During an interview with CNBC’s Squawk Box, Novogratz explained that crypto adoption is happening much faster than he projected. He added that it is quite shocking how quickly people are moving into the system.

Novogratz has been involved in Bitcoin since 2013. He started following and investing in bitcoin when it was worth about $100. He added that his previous prediction of a $60K bitcoin price was too conservative. The original target was based on bitcoin achieving around 10% of gold’s market cap.

BTC’s emergence as ‘digital gold’ has made Novogratz’s conviction strong where he believes that the crypto will eventually reach or surpass bullion’s market value:

“I do think bitcoin is on an inevitable path to having the same market cap and then a higher market cap as gold.”

The current estimates place the total market cap of gold at around $10.7 trillion. By contrast, bitcoin has a total market value of around $1.1 trillion for now. Bitcoin seems to be outperforming gold in the battle of the haven assets. Some prominent analysts are saying that bitcoin is taking market share away from the yellow metal.

JPMorgan Chase strategists said in December 2021 that BTC’s surge would serve as a headwind for bullion in the near term.

One bitcoin is now worth 34.49 ounces of gold. This time last year, the ratio was about 4.19 ounces. Will Bitcoin surge to surpass the market cap of gold?