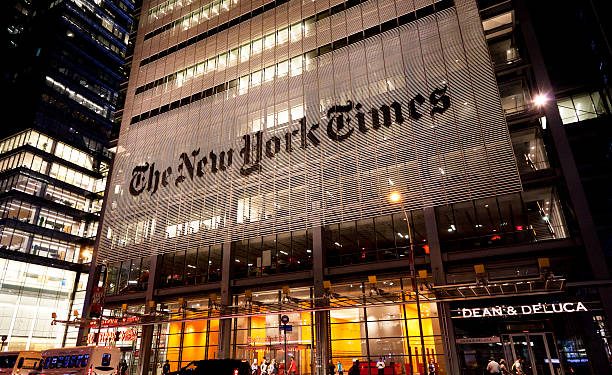 New York Times column non-fungible tokens sales have exceeded $500,000 within 24 hours. This happened after a proficient and columnist New York Times Journalist Kevin Roose wrote a publication “It’s worth a try” in an attempt to auction one of his articles.

On March 24, Kevin Roose published a step-by-step NFT explainer titled “Buy This Column On the Blockchain!” Interestingly, Roose has successfully managed to auctions what he calls a “digital original” of his article as an NFT on the Foundation platform, raising over $550,000 for charity.

In that context, during the last half-hour of the auction, this period turned out to be the most exciting part. The bidding war started breaking out to drive up the price from levels under $50,000 to the final $562,891 sale price. Among the contestants bidding for the digital clip were Facebook’s veteran and stealth startup founder and the subsequent winner, Dubai-based production company 3F Music.

The proceeds from the auctions will be donated to the NYT The Neediest Cases Fund, which has distributed over $300 million to charities and poor families for over 110 years now.

To some extent, donations to charity make some sense since, even as many newspapers and media firms continue to close down due to venture and hedge fund mismanagement, the New York Times is still thriving and standing tall. The company generated $80.5 million net profit on $509.4 million in revenues for Q4 2021. The newer verticals including digital subscriptions and podcasts excelled as big contributors.

Relatedly, the answer to the question "how can a single human generate the maximum possible confusion inside a media organization" turns out to be "sell a corporate-branded blockchain token"

Interestingly, the successful foray may prompt the 170-year-old newspaper to perform some experimental tests with blockchain technology. After all, the hard part appears to be over now: on Twitter Roose made a few references to what was a long and involving legal process in getting the institution and its many lawyers and gatekeepers to lend the NYT brand to the experiment, highlighting  that it induced “maximum possible confusion.”

Meanwhile, by that metric, the New York Times might want to look elsewhere for new talent. Amid a major increase in NFT sale prices, Roose has been beaten by a robot: Hanson Robotic’s Sophia. This robot sold a painting for more than $700,000 at an auction.