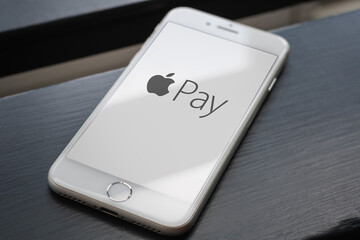 Celsius stands as a crypto borrowing and lending platform, and made a very interesting announcement today. The firm stated that its users will now be capable of instant purchasing of cryptocurrencies within the app itself, leveraging Apple Pay to do so.

This development comes by way of Simplex, who has recently seen the digital payment service of Apple be integrated into its array of available payment methods. What this did was allow for all of Simplex’s partners to make use of the popular digital payment app as well, simplifying the process of buying a number of associated tokens.

With this integration, Celsius in particular will be capable of expanding its potential user base even further. This is due to the fact that the Apple Pay payment option is especially popular within the US, as almost half of all US citizens own some sort of Apple device. Apple also boasts a total mobile market share of 11%, growing its user base to over 520 million worldwide users.

As for Simplex itself, it stands as a simple fiat on-ramp infrastructure provider, and serves a number of crypto brokers, exchanges, and wallets. The startup, based in Israel, combines fraud prevention technology with crypto payment processing, with an opt-out feature for KYC measures for any purchase made that’s less than $150.

Alex Mashinsky stands as the CEO of Celsius, and gave the mandatory kind words about the matter at large. He explained that Apple Pay integration within the Celsius app allows for an easier and more immediate time when making crypto purchases. Alongside this, the Celsius community is now even more accessible to the public at large, according to Mashinsky With the Simplex partnership, he stated that Celsius can continue on its progress to become a one-stop-shop for the earning, owning, and lending of various cryptocurrencies.

Celsius On A Roll

Another key feature Apple Pay will bring to the users of Celsius, is an increase in security overall. The simple fact is that Celsius making use of Apple Pay would not need to provide credit card information over the internet to facilitate it.

In less than three years, Celsius has managed to enact more than $10 billion in crypto deposits after it launched its mobile app, breaching past this mark just earlier this month. Another thing going for Celsius is that prior to this new announcement, Celsius made it clear that a total of 145,000 new clients, which makes its total active users worldwide a hefty 485,000. Another key win for Simplex was that it was the first crypto platform of its kind to surpass $1 billion in total assets, as well.