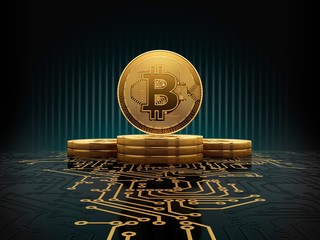 The CEO of Bitcoin investment firm NYDIG Robby Gutmann believes that we are on the brink of Bitcoin’s mass adoption. Gutmann is also the co-founder of $10 billion asset manager Stone Ridge. He was speaking to the “On the Brink” podcast on March 15 where he said that he expects to see various announcements from some of the company’s strategic partners that will rapidly alter the traditional financial landscape.

“I know starting more or less next week, you’re going to see an absolute drumbeat of pretty game-changing milestones from some of these firms.”

Gutmann did not mention any of the partners that he expects will make announcements in the coming weeks. However, he hinted that the news might involve offering widespread access to bitcoin for the general public and other services and products.

Notably, one of the products that NYDIG offers to its partners is known as ‘Corporate Treasury.’ It entails a suite of treasury solutions purpose-built to enable these corporations to hold bitcoin.

In February, NYDIG submitted paperwork with the US Securities and Exchange Commission (SEC) to launch a new bitcoin exchange-traded fund. Today, the firm controls over $3 billion in digital assets.