Bitcoin Doubled Its Price In 75 Days, When Will It Double Again? 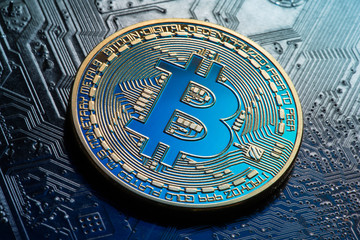 Historical data shows that the amount of time it takes for the BTC price to double might accelerate in this bull run. Bitcoin has doubled its value in the past 75 days which has made some analysts question if the market is now approaching over-extension.

Nonetheless, historical analysis from CaseBitcoin, a BTC monitoring team, indicates that the bitcoin markets may accelerate further. Bitcoin’s ‘doubling time’ shrunk to just 12 days before the peak of the 2017 bull run. Doubling time is described as the time taken for the price in the market to increase by at least 100%.

3/ How low can it get? In 2017, the fastest doubling pace – 12 days – happened on December 7th, nine days before the 3yr peak: pic.twitter.com/CgyIjDBJwU

CaseBitcoin says that the quickest doubling time recorded in the current market bull cycle was on January 7 when bitcoin exploded from $21,000 to $42,000 within 22 days. The company added that there are growing similarities between January’s market action and that which happened in August 2017; the middle period of the 2017 bull market.

Back in 2017, bitcoin’s price doubled within 26 days to reach $5,000 for the first time before losing around 40% in the weeks that followed. CaseBitcoin concluded:

”Generally, the last few months look like that middle period of the 2017 bull market, with doubling times mostly under 100 days, but never under 20. It’ll be interesting to see if doubling-times as fast as the end of the 2013 and 2017 cycles happen this time around too.”

In 2013, BTC’s doubling time dropped down to about four days within one week of the then bull season’s peak. A majority of the analysts think that the bull market has more room for growth, with the Glassnode founders sharing some market data showing that the drop in bitcoin’s liquid supply has accelerated considerably since the start of 2021.

Despite recent volatility, #Bitcoin supply is still drying up at astonishing rates for this time around in the cycle. https://t.co/yslda1jUha pic.twitter.com/y1SInrBjEF

Liquid supply is the number of coins that are freely circulating in the market and not locked up in “illiquid entities”.

This market data also indicates that bitcoin’s liquid supply has been dropping considerably since April 2021, with Glassnode having estimated almost 78% of circulating bitcoin was already illiquid as of December 2021.