Bitcoin Is Worth More than Mastercard And Visa Combined 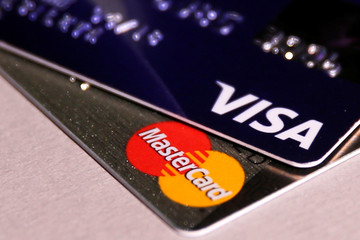 Bitcoin has been surging continuously in recent months. It has tripled in value within three months peaking above $61,000 on March 14, 2021. The biggest crypto also recently beat the world’s three biggest banks with regards to market capitalization.

Notably, at its all-time highs of $61,700, BTC’s market cap was about $1.15 trillion. That amount is more than the combined market cap of Bank of America, JPMorgan, and The Industrial and Commercial Bank of China (ICBC) which is $1.08 trillion.

These achievements do not stop there, Mastercard and Visa, the largest payments networks, have a cumulative market cap of $871 billion, also now considerably less than bitcoin. Since then, bitcoin has experienced a small pullback which has brought its market cap down to $1.03 trillion. It is still holding the prestigious trillion-dollar-asset title.

The level was previously referred to by analysts as a likely consolidation zone, and it remains the case after March 15’s drop pushed bitcoin back below its previous all-time high that was set in late February.

Its bull run is impressive since the crypto went from zero to $1 trillion in network value 3.6 times faster than Microsoft, for instance.

While analyzing the market cap data, on-chain analytics resource Ecoinometrics added that by March 13, Bitcoin exceeded 45% of the gold that is held in investment vehicles and about 10% of the physical gold that is available in the general gold market.

To exceed gold’s value, bitcoin must rise to trade at $590,000. This is already a topic of debate among the market participants. In the meantime, Mastercard and Visa are now coming to terms with the need to incorporate bitcoin in their corporate strategies moving forward. 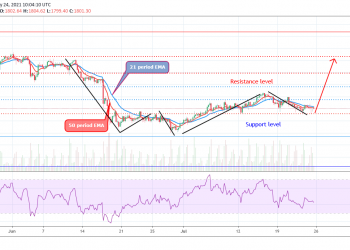 Gold (XAUUSD) Price May Continue Bullish Trend After a Retest at $1,789