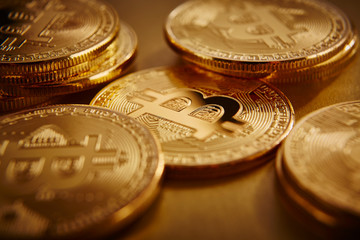 Bitcoin lost 6% in four hours as a result of a combination of negative on-chain and technical factors. The bitcoin price rapidly dropped by almost 6% within four hours as the new weekly candle opened on March 15.

Whenever a new weekly candle opens, bitcoin normally sees huge volatility since the trend on March 15, 2021, which may dictate how bitcoin may perform for the rest of the week.

In the past few hours, as “Rekt Capital” noted, BTC experienced an overextended pullback. Due to that, the trader said that bitcoin may be in the process of seeing a ‘volatile reset.’ The trader stated:

“BTC has pulled back towards the red area and even overextending below it – for now The day is still young so the price could still resolve itself relative to this red boxed area and turn it into support Technically, $BTC is in the process of a volatile retest.”

In case bitcoin fails to rebound from the $55,000 zone, the trader warned that a steep correction to the $46,700 support zone becomes a probability.

The Futures Market Was Quite Overheated

When the price of bitcoin started to plunge, the futures market funding rate of bitcoin was hovering above 0.1% across the major crypto exchanges. This shows that the overwhelming majority of the market was buying or longing bitcoin, making it an overcrowded trade.

Based on data acquired from Bybt.com, 194,541 traders were liquidated in the last 24 hours for a total of about $1.83 billion, the highest since February 21. The bitcoin futures market saw cascading liquidations as the market was very overheated.

The wave of liquidations eventually resulted in bitcoin dropping below $57,000, which some market analysts identified as the key support level. He said:

“Bitcoin barely holding on to this critical level here. Needed for upwards continuation, otherwise, price drops back into the range.”

Before the plunge happened in the market, on-chain data analytics platform CryptoQuant pointed out huge bitcoin deposits into the Gemini exchange. Gemini is a major bitcoin exchange in the US alongside Coinbase. It is normally regarded as a ‘whale exchange.’

“This 18k $BTC deposit is legit as it was a transaction between user deposit wallets and Gemini hot wallet. All Exchanges Inflow Mean is skyrocketed due to this deposit. Don’t overleverage if you’re in a long position.”

The recent BTC rally being led by massive stablecoin inflows into crypto exchanges and growing selling pressure from whales were other bearish signs. Ki noted that the rally was catalyzed by some sidelined capital that was held in stablecoins rather than the institutions in the United States. He explained: