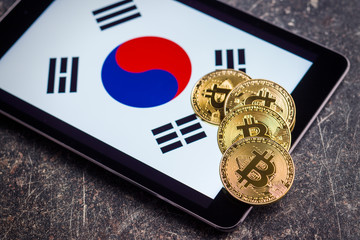 The surge in volume came as the price of Bitcoin (BTC) rose to reach a new all-time high of over $61,500 on March 13. Notably, the volume of transactions in the South Korean digital currency market shortly exceeded the daily average transaction amount of the nation’s stock market on March 14.

Based on data acquired from CoinMarketCap, the cumulative 24-hour volume of top South Korea-based crypto exchanges Korbit, Upbit, Coinone, and Bithumb was over $14.6 billion on Sunday.

The surge in volume came as the bitcoin price exploded to reach above $61,800, before dipping below $60,000 once more. It is worth noting that trade volumes that appear on CoinMarketCap are not always thought to be accurate due to the prevalence of volume inflation.

In recent months, CoinMarketCap has introduced several initiatives to fight inflated volume data but the figures reported there are significantly higher than what is seen on Messari.

Some of the cryptocurrency exchanges in South Korea have encountered a lot of regulatory and business-related challenges in the past year. In August 2021, the local authorities seized Coinbit, the nation’s third-biggest crypto exchange, after allegations that 99% of transaction volume on the platform was faked via wash trading.

Data from CoinMarketCap now shows that Coinbit’s 24-hour transaction volume is about $900 million. Additionally, the major cryptocurrency exchange Binance’s Korean arm announced that it would shut down in January due to low trading volume and shrinking liquidity of its BKRW trading pairs.

The second-biggest exchange in South Korea by volume, Bithumb, said last week that it would be implementing new Anti-Money Laundering (AML) and Know Your Customer (KYC) measures.