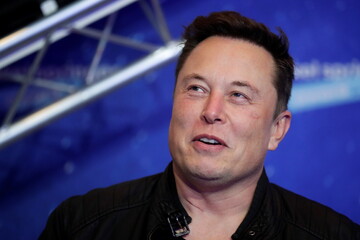 The world is changing drastically. In a world where CEOs and CFOs no longer matter, new executives are coming up. In this case, Tesla has new Technoking and Master of Coin executives.

Elon Musk has made it clear that he likes cryptocurrency a lot and his interest in the nascent industry shows no sign of ending. After a filing with the Securities and Exchange Commission (SEC), it was published that he has adopted a new official title for himself and a fellow Tesla executive.

From March 15, Elon Musk will go with the official title of “Technoking of Tesla,” while on the other hand the company’s chief financial officer, Zack Kirkhorn, will officially go by the name “Master of Coin.” The 8-K form filed with the SEC says:

“Effective as of March 15, 2021, the titles of Elon Musk and Zach Kirkhorn have changed to Technoking of Tesla and Master of Coin, respectively.”

The filing also says that Musk and Kirkhorn will retain their current respective positions as CEO and CFO respectively. With no tangible sign of an accompanying tweet that the Tesla chief executive officer has now become famous for, onlookers can just speculate as to why Kirkhorn and Musk have adopted these new titles.

In early February the spot price of bitcoin gained $3,000 within minutes when news emerged that Tesla had acquired $1.5 billion worth of bitcoin, sending the price of the crypto to a new all-time high in the process.

After a steep drop in the value of bitcoin and the Tesla stock price, Elon Musk lost the “world’s richest man” title briefly. Nonetheless, neither Tesla nor Bitcoin spent a lot of time in the doldrums, as a re-energized coin soon returned massive profits to Musk and his company.

On March 15, bitcoin had once more exploded to a new all-time high when it flirted with the $60,000 range for the first time in its history.