BTC Beats All Other Assets By 900% Viewed Over 10 Years 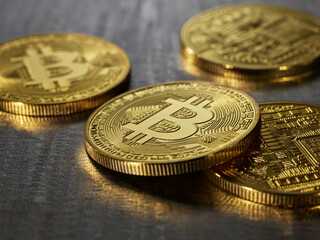 Throughout this past decade, Bitcoin, the world’s first cryptocurrency, has managed to cement itself as the most profitable asset class, doing so by a factor of 10 at a minimum.

Bitcoin Rising By 230% A Year On Average

Charlie Bilello stands as the founder and CEO of Compound Capital Advisors, and was the one that revealed this interesting bit of data. He did so through compiling the performances of the world’s top asset classes, using Ycharts to base his data from.

Roberto Talamas stands as a researcher from Messari, and gave comment about the matter as well. He highlighted that Bitcoin has managed to achieve an average annualized return of 230%. This stands as 10 times that of its closest competitor in the asset class arena.

Other Asset Classes Not Even Close

Gold, on the other hand, didn’t fare as well. In the past ten years, the world’s go-to store of value had only provided an annualized return rate of 1.5% since the year of 2011. To add insult to injury, five of those ten years saw gold actually produced a loss for the asset. The year 2021 hasn’t been good for gold, either, as the asset managed to drop by 8.5% since this year started. As one would imagine, the famous Bitcoin naysayer and gold bug, Peter Schiff, isn’t quite as pleased with this.

Now, here comes the fun math: If you compare Bitcoin’s value of today to what it was a decade ago, the asset managed to gain a collective 20 million percent in value. In terms of percentages, 2013 was Bitcoin’s best-performing year. The asset managed to increase by a factor of 5,507% in value.