What You Need To Know About Cardano Mary Upgrade 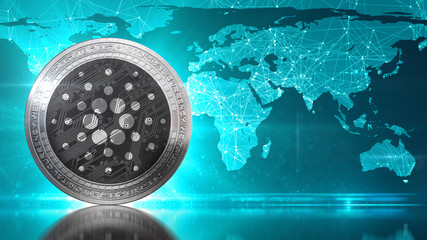 The wait finally ended. Cardano successfully implemented the Mary hard fork on March 1. Here are some of the main Goguen Mary features users need to know and understand to help them understand why the upgrade is a big deal that was necessary.

The Cardano (ADA) team, under the stewardship of the IOHK, has set up a major roadmap towards developing Cardano into a super blockchain. Part of that roadmap is the Goguen era. The ADA Goguen era succeeds the Shelley era and constantly predates the Voltaire and Basho eras.

The Rise Of Goguen

Shelley focused on protocol and decentralizing the ADA core network. On the flip side, the Goguen era will focus mainly on adding DApps and smart contracts to ADA. DApps are a highly useful blockchain feature since they add built-in security and flexibility.

Blockchains are designed to store data using DApps since they are hard to change. DApps also easily accept and authenticate data that helps in the mining process by making it less strenuous.

Furthermore, DApps act based on the task its users developed them to fulfill. These DApps’ ability to get utilized to develop interfaces and apps is still getting explored. For that reason, the Goguen era is important to the ADA evolution. 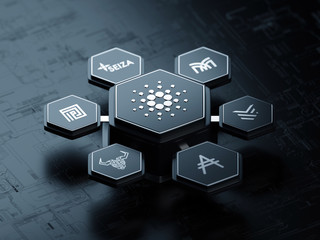 Interestingly, the Mary upgrade was the first step into the Goguen era and that is the reason why the upgrade was such a major deal. The Mary upgrade also featured some exciting additions to the ADA network. First, ADA is now officially a multi-asset blockchain that also enables users to mint native tokens.

Having the capability of being multi-asset compatible means that users can use their custom tokens together with ADA. Since the multi-asset blockchains are rare, the feature may easily put ADA on the same level as Ethereum. ADA is already hovering in the top-ten list of cryptos by market capitalization.

A crucial goal for the Goguen era is making ADA accessible to a bigger user base. In that context, IOHK strives to add features like Plutus and Marlowe that will make it quite easy for the experts and novices to develop and use smart contracts. In that context, Mary introduced a wide variety of tools for users to create tokens. The tools range from easy to advance from GUI, Daedalus, to CLI. 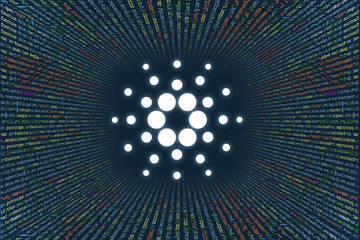 Daedalus was launched together with the hard fork, but it is currently in ‘flight mode’ and still undergoing tests. Users may also use the Daedalus wallet to store their multiple currencies and the Yoroi wallet. IOHK published on Twitter on March 1:

“MISSION ACCOMPLISHED!: We can confirm that the #Cardano ‘Mary’ protocol update was successfully applied to the #Cardano mainnet tonight at 21:44:51 UTC via a managed hard fork combinator event. Welcome to the beginning of an exciting new multi-asset era on #Cardano $ADA 1/4 pic.twitter.com/vk3qDrIIds”

Goguen Mary also added a multi-currency accounting ledger that supports ADA multi-asset processing without using smart contracts. The Mary ledger can track ownership and transfers effectively and at a lower cost than the smart contracts.

Interestingly, native tokens do not need a fee to transact and in that context, the Cardano community has already begun minting custom contracts. The Cardano GUI token builder graphical interface enables the users to develop tokens within minutes.

To develop a token, the users need to add their token name, token symbol, a token icon that is auto-generated, the token amount, and the Cardano wallet address. ADA has made the minting process easy to follow without needing any technical skill.

Cardano made the upgrade using the Hard Fork Combinator (HFC) protocol and based on an official tweet, the process was successful.

MISSION ACCOMPLISHED!: We can confirm that the #Cardano ‘Mary’ protocol update was successfully applied to the #Cardano mainnet tonight at 21:44:51 UTC via a managed hard fork combinator event.

Welcome to the beginning of an exciting new multi-asset era on #Cardano $ADA 1/4 pic.twitter.com/vk3qDrIIds

One of the primary factors about the HFC is its ability to enable and support a fork without any system interruptions or restarts. It means that Cardano managed to seamlessly upgrade to its new protocol.

Forks mainly have a major impact on the price of cryptos. The effects of a fork can be felt before and after the event itself. Since these forks often come with a sense of uncertainty they can result in a drop in crypto prices. But, as a show of confidence, the ADA community holds in the IOHK team, the ADA price surged before the Mary fork.

A little while after IOHK announced the Mary fork testnet success, Grayscale filed to set up a Cardano Trust. Furthermore, before the hard fork, Binance included ADA in its Venus protocol platform. All these strategic moves coupled with positive price predictions enabled ADA to rise significantly reflecting confidence in the fork.

User confidence also enabled ADA to safely weather that transition. ADA also got a lot of support from many exchanges before the fork. This support was believed to have helped in boosting user confidence which kept ADA price stable.

Today, ADA may have dipped slightly, which appears to be a technical adjustment after it hit a new all-time high on February 27. However, the developments happening in the Cardano blockchain seem to be pushing the ADA price higher.