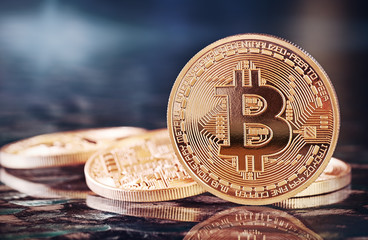 Jesse Powell told Bloomberg on March 4 that a $1 million price tag for Bitcoin (BTC) in the next ten years is ‘quite reasonable.’ According to the CEO of cryptocurrency exchange Kraken, BTC will be worth infinity, and humanity will eventually give up pricing it in US dollars. He is characteristically bullish on bitcoin as the crypto hovers around $50,000.

“Of course, you know, we can only speculate, but when we measure it in terms of dollars, you have to think it’s going to infinity. This national currency’s only fifty years old, it’s already showing extreme signs of weakness, and pretty soon I think people are going to start measuring the price of things in Bitcoin.”

Powell was also commenting on the US dollar which weakened alongside the macro market sell-off on March 3, an event that did not impact bitcoin in any manner. Simultaneously, the US national debt quietly surpassed the $28 trillion ceiling for the first time in history.

Despite a rejection of $50,000 support, the bitcoin bulls remained quite optimistic. Powell continued to say:

“The people that are believers in Bitcoin see… it’s going to replace all of the world’s currency, so that basically means whatever the market cap of the dollar is, the euro — all of that combined is what Bitcoin could be worth. I think in the near term, people see it surpassing gold as a store of value, so I think $1 million as a price target within the next ten years is pretty reasonable.”

Bitcoin closed February around 26% above its target that was dictated by the stock-to-flow-based price models. The creator of this model PlanB is still confident that $100,000 will be reached at some point this year.

There Is No Time For Gold

In the meantime, the gold eclipse idea has been continuously gaining some support on social media, often at the expense of the gold bugs. The gold proponents are continuously left with little ammunition to defend their anti-bitcoin stand.

According to previous reports, former Bitcoin skeptic billionaire Mark Cuban who took SchiffGold.com CEO Peter Schiff to task for his undying love for gold told him that the precious metal ‘is dead.’

While responding to allegations by Schiff that a bet against gold was a losing one Kraken growth lead Dan Held added:

“Bitcoin has been crushing gold since inception.”