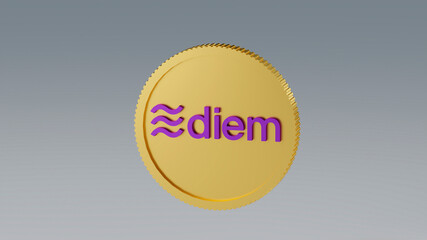 Apart from getting approval from Swiss regulators, Diem might also face significant opposition from government regulators in most countries. In June 2019, Facebook released the in-depth details of the much-talked-about digital currency platform that they called Libra. Currently, Libra has changed its name and it is now known as Diem.

The Diem project is undergoing considerable rebranding in a bid to smoothen regulatory wrinkles. About a year and a half later, the Diem Association is yet to launch a digital token with regulatory approval for the Swiss legislators yet to materialize. Even if Switzerland’s Financial Market Supervisory Authority (FINMA), grants a payment license to the digital currency project, Diem will face other issues.

Diem will debut its offerings to a global landscape that is considerably more fractured in terms of digital currency regulations than was the case some 18 months ago. Stablecoin regulations appear to be the main focus of attention for the governments in most major economic blocs including the Eurozone and the United States. 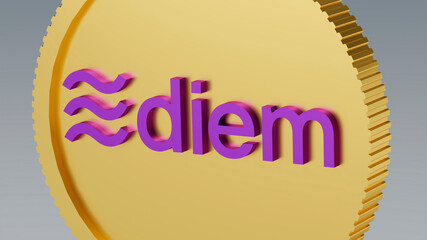 Notably, China is accelerating its nation digital yuan project, and despite the initial assertion to the contradiction of all this, Beijing seems to have a more domestic agenda for the e-yuan.

The biggest crypto markets in terms of trading volume like Nigeria and India are becoming majorly anti-privately-issued digital currencies. In that context, if Diem were to launch today, that would translate to four prominent digital currency transaction theaters where the legality of this project’s coin would turn out to be tenuous at its best.

When Will Diem Go Live?

In November last year, the Diem Association unveiled its plans for a limited launch of its project with a USD-pegged digital token. Miles away from the ambitious plans of a ‘Facebook coin’ backed by a basket of fiat currencies that dominated the debut announcement back in June 2019; the new USD stablecoin was a consequence of the successive rebranding deemed necessary as a result of the massive pushback among the global financial regulators.

January came and went and February seems like it will also be over and there are no signs of the Diem USD stablecoin launching. The Swiss FINMA is yet to approve Diem’s payment system license yet but the recent developments in the country around blockchain and crypto regulations might put Diem’s application in good momentum.

Switzerland has now established itself as a crypto-friendly country that allows the digital asset sector to flourish within its jurisdiction. Earlier in February, Phase one of the nation’s blockchain law focusing on company reforms went into effect. In the meantime, the second part of the new legal framework that creates regulatory clarity for trading cryptocurrency securities will become law later in the year. 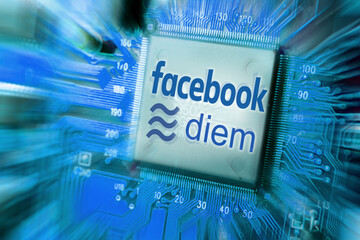 Plans for the Diem launch are still underway and they got another boost with the unveiling of the partnership between Fireblocks and First Digital Asset Group which is a payment provider on the Diem network. As part of that collaboration, both companies have developed a secure wallet enabling financial institutions to process transactions on the Diem network.

While responding to reporters, a spokesperson for FINMA refused to comment on the status of Diem’s application but they acknowledged that the licensing process was still underway. The Diem Association did not respond immediately when asked about their thoughts on the matter.

Based on the statement by the head of policy and government relations at Securrency blockchain compliance and financial markets infrastructure outfit,  Jackson Mueller, a Diem launch in Q1 2021 seems unlikely. Mueller remarked:

“Several representatives of the Diem Association have made it clear that a rollout will not happen until they meet regulatory expectations and requirements, and it is unclear, at this time, whether and to what extent the Association is close to achieving this.”

Private Stablecoins Cause Problems For Regulators

The Diem announcement that was published back in the 2019 summer appeared to push most of the financial regulators globally to review stablecoins extensively. The possible network effect of a digital currency that could easily enjoy the benefits arising from Facebook’s 2.8 billion users undoubtedly seemed to spur massive discussions among the national and international regulatory agencies.

“The conclusions and follow-on outcomes from these efforts are unclear, at present, which, I imagine, adds further challenges to the rollout of Diem in the first quarter.”

Besides the series of congressional hearings that happened in 2019 after the Diem announcement, some of the lawmakers are pushing for strict stablecoin regulations. The proposed measures, if passed, would compel the private stablecoin issuers to comply with all banking standards.

The G-7, G-20, and other intergovernmental bodies have also expressed their worries about stablecoins. In most cases, they seem to be targeting Diem. These bodies have so far issued many papers and research studies that highlight the potential for private stablecoins to severely disrupt the legacy financial systems. 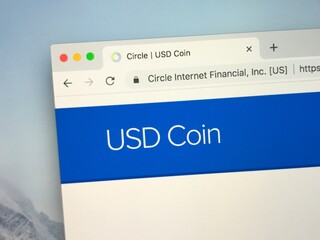 Interestingly, the European Central Bank (ECB) recently requested European Union lawmakers veto powers regarding stablecoins in the Eurozone. If their request is granted, the ECB would have the ability to issue the final say on stablecoin rules and regulations. Furthermore, its pronouncement would be enforceable across the European Union.

The ECB was seen to lay down the crux of its reservations with stablecoins mostly those that are not issued by recognized financial institutions, stating:

Also, ECB President Christine Lagarde is a vocal critic of cryptos and stablecoins. Hence, it is highly likely that the ECB having the ultimate veto powers on stablecoin regulation might mean severely strict compliance mandates for the issuers in the eurozone.

The officials in Germany are also among the most vocal opponents of the Diem project in the Eurozone. While the country is not overly anti-crypto, Germany’s finance minister, Olaf Scholz, has repeatedly said that the country’s government is ready to oppose Diem’s operation in Germany.

Based on statements by the CEO of First Digital Assets Group, Ran Goldi, a lot of the negative sentiments originating from the European regulators comes from a lack of understanding of the Diem model:

“I think the ECB is still looking at Diem as a new currency instead of a representation of existing money (as in, they think this is still Libra, a basket of currencies). They should take the time to learn more and perhaps realize there is no threat to their economy.”

Is CBDC The Answer To Private Stablecoins And Diem?

Apart from the threat of severe regulatory measures, many governments have also started exploring the creation of their in-house central bank digital currencies (CBDC). Most of these sovereign digital currency projects appear to be the ideal response of the central banks to the looming threat coming from the privately issued stablecoins.

Believing that digitization is the next phase in the evolution of money, the legacy finance figures like Agustín Carstens, general manager of the Bank for International Settlements (BIS), have said that it is important for the central banks to play an integral role in the pivot to digital currencies.

Based on a recent BIS study, almost 86% of the major central banks are studying CBDCs. For now, China’s digital yuan is undergoing many testing protocols, and the banks in the country helping to bootstrap adoption by setting up hardware wallets for the digital currency/electronic payment.

There also appears to be a considerable level of international collaboration surrounding the central bank decentralized currencies. Recently, Thailand, China, the Monetary Authority of Hong Kong, and the United Arab Emirates signed a deal to create a cross-border CBDC. Such international collaborative projects seem to be focused on establishing protocols for interoperability among the national CBDC projects. 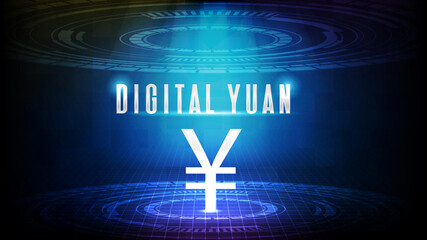 In India, the country’s central bank has said that it is now developing a digital rupee. According to a previous statement by the governor of the Reserve Bank of India (RBI), Shaktikanta Das, the bank is “very much in the [CBDC] game.” It wants to follow in China’s footsteps in developing a digital companion to its national currency.

In the meantime, the Indian government is allegedly nearing issuing a widespread ban on cryptos. The ban will also include stablecoins. People familiar with this plan have been speculating continuously, stating that cryptocurrency owners will be offered a transition period to sell all their digital currency assets.

India is the third-biggest economy in Asia, and it is also a potential market base for Diem payment transactions. Also, another major arena like China with its DCEP may become a challenging proposition for Diem to achieve considerable adoption.

In the case of Europe, the ECB wants stablecoin veto power but has stated that any digital euro developed by the central bank will be exempted from the digital currency regulations enforced on other stablecoin issuers.

Nigeria, the biggest economy in Africa, has banned all banks from servicing cryptocurrency exchanges. Even after getting a license approval from FINMA, Diem may have other regulatory hurdles to navigate because many major economies do not want to allow the disintermediation of their legacy banking infrastructure without fighting back.