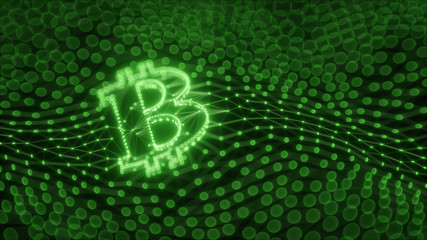 The milestone was achieved less than a year after its market cap dropped below $100 billion on Black Thursday. This surge to a new all-time high happened as bitcoin price surged above $56,350.

Interestingly, many believe that the importance of this event will not get lost in the history of the financial world since just a few assets manage to achieve this status. Bitcoin might have started as a simple curiosity in 2009 but took 12 years to become a major global asset with a $1 trillion market cap.

For anybody who is not familiar with the crypto’s history, 10,000 BTC were put up on auction at the Bitcointalk.org forum in March 2010 for just $50, but no buyer was found. About two months after that, Laszlo Hanyecz bought two pizzas for 10,000 BTC. The rest as they say is history.

Hence, in the first 16 months of its existence, Bitcoin was considered to be a collectible with no monetary value. It was just an experiment among enthusiasts.

Silver And Gold Have Longer History

Based on data acquired from 8marketcap, besides Bitcoin, there are just seven other tradable assets that have a market cap that exceeds $1 trillion. As you would expect, gold and silver are on the list since they are synonyms of money. These precious metals have served as dependable stores of value for more than 4,000 years.

Gold widely remains used by mutual funds, central banks, and retail investors even though it is extinct from coinage and reserve needs to back fiat currency. Although precious metals have the benefit of having a majorly constant supply, many businesses’ abilities to generate profits are quickly evolving.

The company raised $8 million in seed money from Kleiner Perkins in June 1996. In the same year, the company lost $5.8 million although its Q4 revenue doubled from the previous quarter.

The $1-trillion mark comes after 12 months of extreme volatility in the bitcoin market. Notably, Bitcoin’s market cap increased by more than 10 times after its drop below $100 billion during the “Black Thursday” crash in March 2021.

As the threat of the COVID-19 pandemic threatened to pulverize many economies, former US President Trump introduced a travel ban from Europe to the US on March 11. Many countries worldwide entered into lockdowns in an attempt to combat the spread of the deadly virus.

This rising panic resulted in chaos in the crypto and financial markets. Bitcoin lost over 50% on March 11 to trade below $4,000 by March 13. There were wholesale liquidations across all leveraged exchanges. On March 13, Bitcoin’s market cap was hovering below $100B for the first time since May 2019.

Despite all that carnage, the predatory buyers pushed the markets back up as they accumulated in anticipation of BTC’s third block reward halving event that happened in May 2021. Bitcoin reclaimed the $10,000 level briefly in May after news emerged that the famous billionaire hedge fund manager Paul Tudor Jones had invested in bitcoin as a long-term hedge against inflation.

While the Q3 2021 DeFi bull market and the activity surrounding Ethereum’s Eth.2 overhaul would take the light away from bitcoin, it seems like many of the profits acquired from the DeFi boom have found their way into the bitcoin market. By the end of October, BTC rocketed past $12,000 and it has not looked back since then.

The biggest crypto tested its 2017 record highs at the end of November after PayPal unveiled crypto trading services for its United States-based users. Due to the increased supply since 2017, BTC posted a new record market cap on November 18, 2021, with its capitalization exceeding $326.5 billion as the price rallied above $18,000.

BTC’s market cap has since more than tripled in about three months. Bitcoin’s December 2021 push into new all-time highs drove the rally into high gear. It took BTC just 12 years to rise from an obscure academic whitepaper to a $1 trillion decentralized network. It is currently the eighth tradable asset with a 13-figure market cap.

Bitcoin is rallying into new all-time highs almost every day and many proponents believe that it will reach $100K before the end of 2021. The flagship crypto surpassed the $1 trillion market cap for the first time on February 19.

Analysts say that its late 2021 rally seemed to have sparked massive demand from billionaires and institutions. The investment spree started after MicroStrategy, the biggest publicly traded business intelligence company globally announced that it has changed around $250 million of its treasury into BTC on August 11, 2021.

By the end of January 2021, MicroStrategy had reportedly acquired around $1.095 billion worth of bitcoin translating to 71,079 BTC or slightly above 0.38% of Bitcoin’s circulating supply. Earlier this month, the company hosted a free webinar that offered many strategies for incorporating BTC into corporate treasury reserves.

The latest reports say that MicroStrategy is in the process of raising another $900 million to invest in more bitcoin. The grayscale institutional asset manager is also aggressively buying bitcoin since 2021. Its Bitcoin Trust reported an 872% increase in assets under management (AUM) from around $1.8 billion at the start of the year to over $17.5 billion at the end of 2021.

Up to today, Grayscale has acquired bitcoin at a rate that is faster than the new bitcoin supply being created by the miners. News emerged on February 8 that Tesla CEO Elon Musk had invested about $1.5 billion into bitcoin or 7.7% of the electric car maker’s treasury. That news sent BTC price exploding to new all-time highs above $44,000.

The bullish institutional news keeps coming in with rumors pointing to Twitter as the next major firm that might add bitcoin to its balance sheet. Megabanks like Deutsche Bank and BNY Mellon have announced their strategic moves to introduce bitcoin custody services. Also, major funds like Morgan Stanley and BlackRock are considering whether any form of bitcoin investment is warranted.

Will Bitcoin Surpass Gold Next?

Gold’s market cap surpassed the $1 trillion mark in 1972 based on the inflation-adjusted numbers. The price would be equal to $450 per ounce. In this year, the precious yellow metal managed to break the downtrend that was initiated in 1939 by the Second World War.

Before determining whether bitcoin will exceed gold’s market capitalization and snatch its status as a global haven asset, it is crucial to consider that valuing a majorly multi-faceted technology asset like bitcoin is an unfair comparison to the traditional investments.

Bitcoin is gradually becoming a digital store of value that concurrently operates as a peer-to-peer payment network. Furthermore, its censorship-resistant characteristics can never be replicated by third-party dependent assets.

Therefore, unlike gold, bitcoin can be described as a protocol and programmable shared database. If at some point quantum computing manages to break SHA-256 cryptography, the network is designed to auto-arrange a solution, even in cases where it might just be a temporary one. 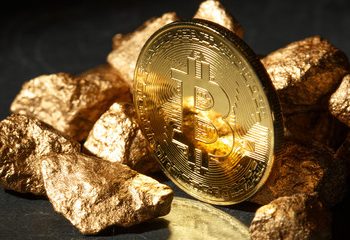 92 billion BTC were mined in August 2010 after an overflow error was exploited. The solution to that incident involved the whole network agreeing on a rollover that proved that the strongest security consensus is found in its user base.

How would the gold bulls and enthusiasts react if asteroid mining becomes a reality? What if an overly ‘authentic’ and expensive fake gold supply enters the market, causing mass testing to become compulsory for every transaction and trade? These are the hiccups that bitcoin investors will never encounter in the crypto market.

Additionally, businesses and firms run risks of huge follow-on offers, frauds, liabilities, and even possible regulatory changes. On the other hand, decentralized protocols are almost free of these dangers which justifies a bigger valuation in bitcoin’s case.

Bitcoin’s route to the trillion-dollar status appears to have lesser challenges than silver, gold, or tech stocks. For instance, the global real estate market is estimated to be worth over $280 trillion, based on data acquired from Visual Capitalist.

Analysts wonder how much of the debt (bonds) and real estate markets may shift to bitcoin eventually.