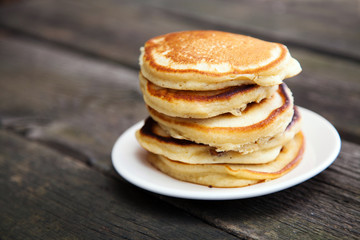 The latest data shows that PancakeSwap (CAKE) has taken advantage of lower costs on the Binance Smart Chain to become the second-biggest DEX by volume. CAKE has emerged as a rising star in the decentralized finance (DeFi) industry with the recent growth in price enabling the food-themed token to become the first billion-dollar project on the Binance Smart Chain (BSC).

Data acquired from Tradingview shows that the price of CAKE has surged by 520% since reaching a low of about $1.89 on February 3 to record a new all-time high of $11.12 on February 17. This price action propelled its total market cap past the $1 billion level for the first time.

Since DeFi has grown exponentially in prominence with most of the top projects now operating on the Ethereum network, the other protocols that are powered by the other networks like the BSC are starting to see a surge in active users seeking respite from the high transaction costs and delayed confirmation times.

The recent BSC community recently decided to lower the gas fee from 15 Gwei to 10 Gwei. The move was made in response to a surge in the price of Binance Coin (BNB). As a result, traders seeking more stability with regard to transaction costs have been further incentivized.

Based on the data acquired from Defistation, the total value locked (TVL) on the PankcakeSwap protocol has continued to surge exponentially. It was $150 million on January 23 and by February 17 it had reached a high of $2.477 billion. The volume increase comes as the increase in token values and the addition of new farming opportunities have rapidly increased the TVL in this space.

The trading volume on the platform has also experienced a steady increase in recent weeks with data indicating that CAKE is now the second-biggest DEX by trading volume behind Uniswap (UNI).

Widespread bullish momentum in the crypto space and the speedy expansion of DeFi point to a further increase in network transactions for all the blockchains involved. With no apparent end in sight for the rising transaction costs on Ethereum coupled with a growing number of projects that are taking up the role of cheaper alternatives, PancakeSwap might still have some more upside potential as the crypto industry continues to join the mainstream world.