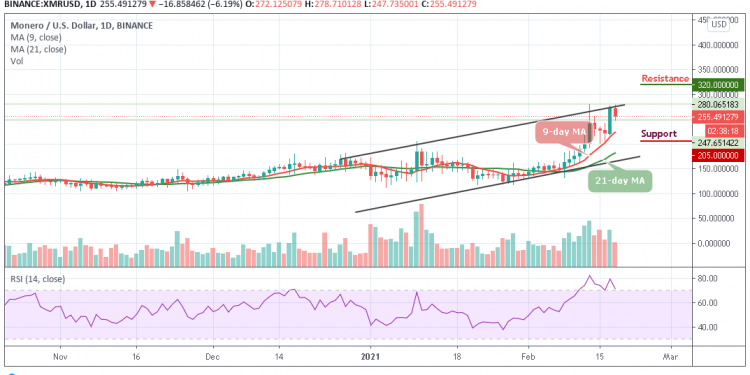 XMR/USD now appears to be resuming a bearish run, after following a decent rise yesterday. 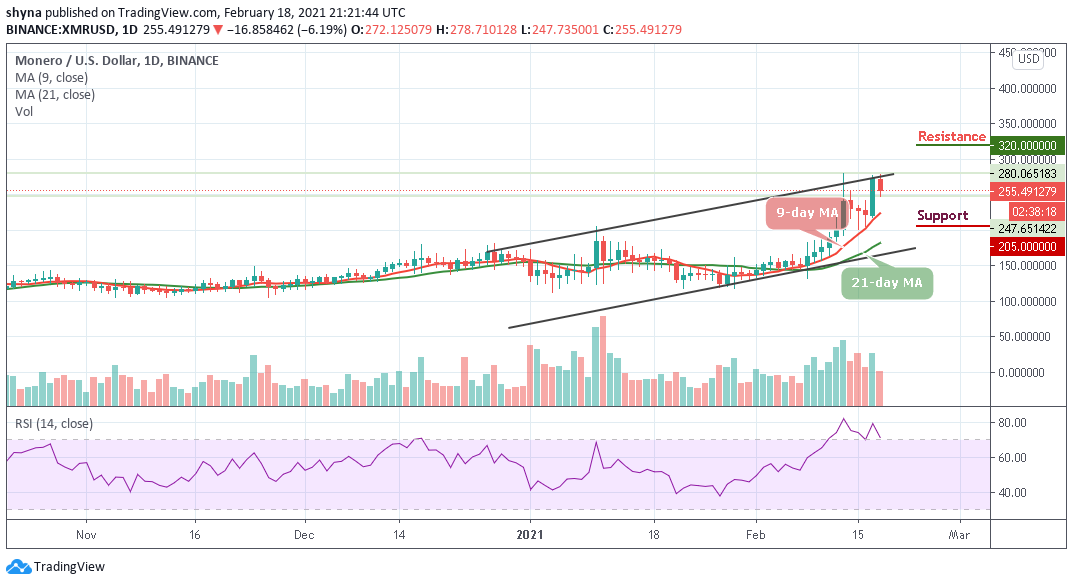 XMR/USD is trading above the 9-day and 21-day moving averages now; a steady uptrend above $300 is a must for a full recovery. A few days ago, the Monero (XMR) started following the uptrend and the coin is now making it so difficult to create a new high. The price plunge is no surprise to the crypto community as the market has entered a slump phase, which apparently won’t last long.

What to Expect from Monero (XMR)

The coin has been following a decent rise over the past few days and it now appears to be resuming a bearish run. The next support level may surface below the channel at $235 and then sliding below the 9-day moving averages may locate further key supports at $205, $185, and $165 if the sell-off later becomes huge.

Moreover, due to the sharp downward movement, XMR/USD pair is seriously struggling below the upper boundary of the channel. In case of a break above the channel, the key resistance levels are located at $320, $340, and $360. Meanwhile, the technical indicator RSI (14) nosedives within the overbought region, which may be revealing some sell signals in the next negative moves.

XMR/BTC Market: Consolidating to the Downside

When compares with Bitcoin, the Monero (XMR) has been very low due to a recurring bearish sentiment which is causing the market to fall. However, the price is moving above the 9-day and 21-day moving averages, following a downward trend. The Monero (XMR) may likely cross below the moving averages one more time if the market continues to have additional negative moves. 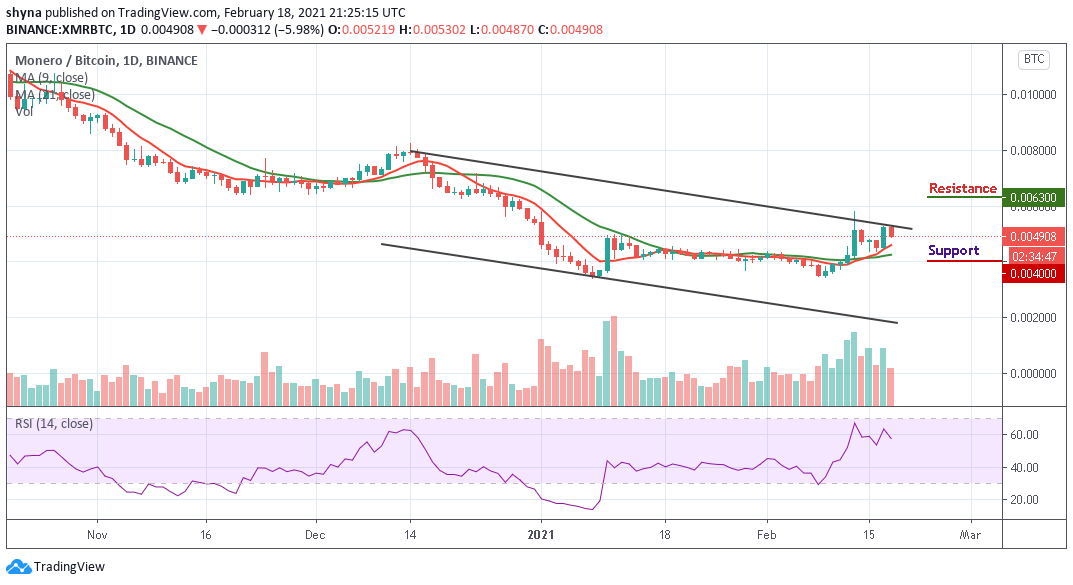 Meanwhile, for a positive upsurge, the 6300 SAT and above are the major resistance levels for the coin for now. Therefore, a continuous negative move could push the coin towards the support level of 4000 SAT and below where the technical indicator RSI (14) moves below the 60-level, suggesting more selling pressure. 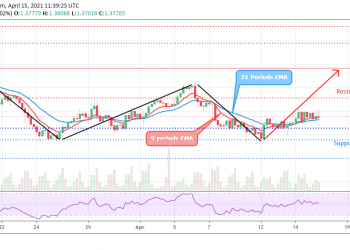 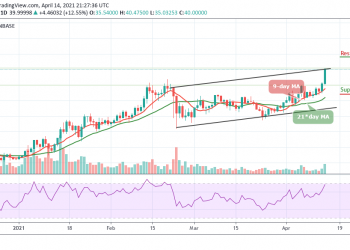 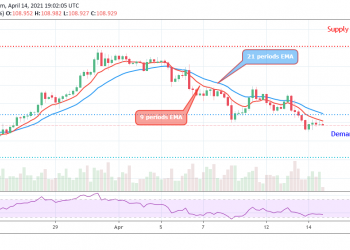