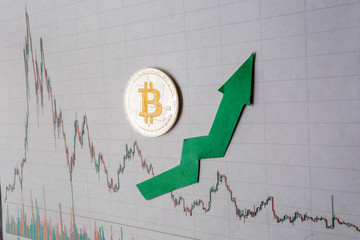 Analysis shows that the volatility in the bitcoin market is not at the same level that was seen during the 2017 bull run. However, analysts still say that the lower price swings are important to maintain the upside momentum.

Bitcoin has hit a new all-time high above $51,600 in a continuation of its bullish advance that started in October 2021. According to Bloomberg, the current run is quite different compared to the 2017 bull rally that peaked just below $20,000 in terms of volatility.

Notably, data acquired from Woobull Charts puts Bitcoin’s 60-day volatility at around 14.25%, a considerable drop from the over 32% that was recorded at the zenith of the 2017 bull cycle.

Nevertheless, in terms of realized volatility, BTC’s price swings are still levels of magnitude higher than gold. Other data from cryptocurrency analytics provider Skew puts Bitcoin’s current 3-month realized volatility at about 90%. That volatility is five times the real price move for gold, according to JP Morgan analysts.

JP Morgan analysts argued in a note to investors that BTC’s current price rally is quite unsustainable unless volatility drops considerably. Some of this assessment might have come from the roller-coaster January where bitcoin rallied by about 46% to peak at nearly $42,000 before losing nearly 30% to drop below the $30,000 zone.

One Bloomberg strategist, Mike McGlone, believes that the current bitcoin price swings are just temporary with the market expected to eventually calm down. McGlone said that the increasing institutional BTC adoption would force BTC’s volatility to drop below that of gold.

Tesla recently confirmed that it acquired $1.5 billion worth of bitcoin as business intelligence firm MicroStrategy continues to increase its BTC ownership. Earlier this month, the U.S. crypto exchange Kraken published a report projecting that bitcoin’s continued upside advancement will be accompanied by significantly lower volatility.

Peter Brandt said that bitcoin is in another parabolic advance with the biggest crypto by market capitalization printing almost 75% in year-to-date gains this far.