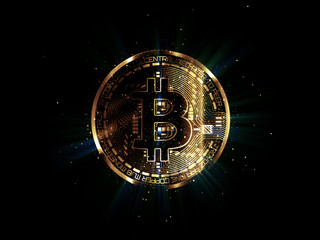 Bitcoin had a roller coaster Valentine weekend session where it managed to sustain its uptrend above the $44,000 support. Its latest rally pushed it to almost $50,000. Analysts and commentators believe that the flagship crypto is getting ready for a major upswing beyond the $100K level as the protocol undergoes the most considerable supply transfer in history.

The 2021/21 bull cycle has many prominent figures and institutions openly declaring new relationships with bitcoin. Two of the characters are Tesla Inc and its founder Elon Musk.

Investors appear to accumulate bitcoin investments in stages. For example, between March and December 2021, there was a spike in outflows from Fiat-On-Ramp exchanges to the institutional high-net-worth investors’ bags. But, since the start of 2021, the outflows started to reduce.

The chart has shown that spot demand has flattened amid a constant increase in the total exchange withdrawals. It means that institutional investors accumulate less as the retail investors buy more.

In the same context, there has been a surge in derivatives volume amid the dwindling demand. The market chart shows a constant surge in the Chicago Mercantile Exchange (CME) daily volume coupled with open interest.

That increase is a major indicator of a high-risk appetite for BTC. Concurrently, there was a surge in the derivative products’ volume, whereby January reported more volume than December.

How Supply Squeeze Results In A Macro Bull Cycle

As highlighted earlier, exchange withdrawals continue to surge with a rise in BTC price. Some analysts say that the reduction of exchange supply results in a phenomenon known as a supply squeeze. It is majorly brought about by the long-term holders who prefer to store their funds.

Interestingly, the situation has a considerable rubbing effect on retail investors since they begin to buy with the intention of holding the coins.

Bitcoin’s bullish narrative  might get validated by prominent analysts like Willy Woo who explained the vivid surge in investment flows. The Floor Price and NVT Price indicates that there is a spike in capital influx. Whenever these two models are integrated, they can be used to gauge investment activity.

Bitcoin Is Somewhat Ready To Break Past $50,000

The flagship crypto is trading above $47,500 after it rebounded from the short-term support at $46,000. Its 4-hour chart shows that the price is holding onto the 4th SuperTrend. This indicator’s rebounds are possible entry points and might help in pushing bitcoin above $50,000 soon.

Additionally, the RSI (Relative Strength Index) seems to have validated the uptrend as it manages to bounce above the mid-line.

Looking At The Other Side Of The Bitcoin Market

It is important to remember that Bitcoin may struggle to break above $50,000 and maybe fail to subdue the hurdle. Based on the Coinbase Premium Index, Bitcoin will have challenges rallying from the current price levels as a result of the negative $42 premium on the biggest exchange in the United States.

The rally that pushed bitcoin back above $40,000 last week was majorly underpinned by speculation when Tesla acquired $1.5 billion worth of bitcoin. Thus, there is a need for consolidation before BTC hits another target heading towards the projected $100,000.