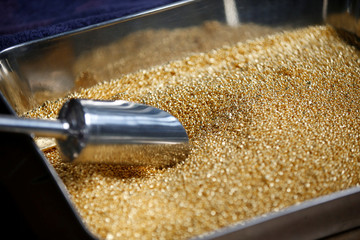 The first week of February’s trading saw the gold market form its high during the Monday session, doing it with the tag of the $1,876 figure which is the price of the April 2021 contract. From there, a steep decline was experienced later in the week with the yellow metal plunging to a Thursday low of 1784.60 before it bounced at the end of the week.

Gold Trader Apathy Preparing The Market For A Rally

There was initially widespread frustration amongst the gold traders based on the action that was witnessed in recent months. Analysts and commentators now believe that the frustration has grown into apathy which is a general lack of interest in gold. The action is almost what is expected to see before a massive rally phase for the metal that may play out in the months ahead.

For the short-term, the next gold rally phase should come from the 34-day cycle that is shown on various market charts. 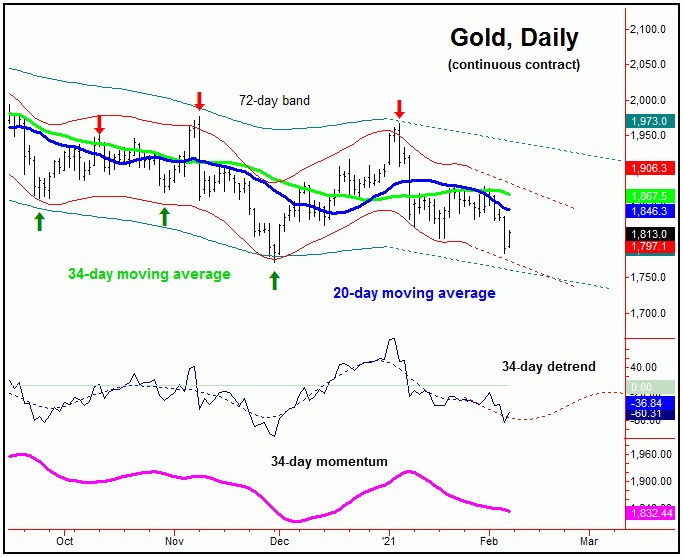 Whether the most recent low will eventually end up as the anticipated trough for the 34-day wave remains to be seen. But, a short-term rally is expected to play out in the coming days. Commentators think that this price action may take the metal back to its upper and declining 34-day channel line.

If the latest move ends up as a countertrend, encountering significant resistance near the upper channel, a plunge back to or below the lows can also materialize on the next small swing to the downside.

Today, there are technical signs of positivity in the gold market that come in the form of a Mid-Term Breadth index. 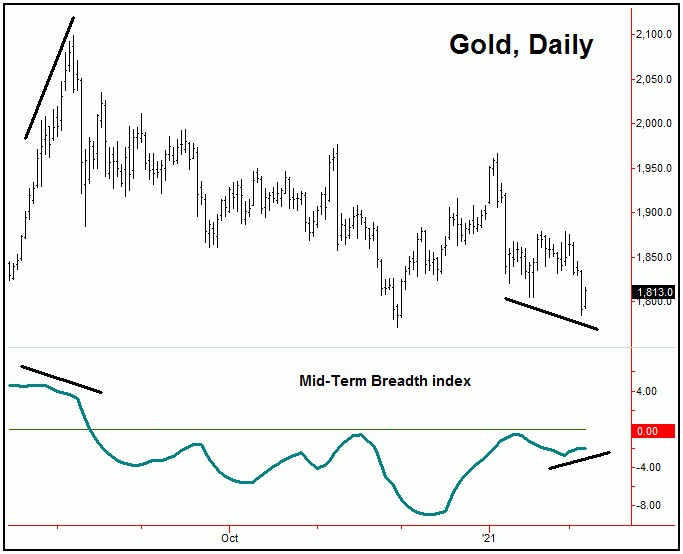 With the break down into February 4, the Mid-Term Breadth index now shows a decent divergence from price. That is something that is expected near the larger-degree bottoms for gold. Nonetheless, at minimum, the pattern should see the gold price making a decent short-term rally/bounce in the coming days.

Should the precious yellow metal manage to get back above the 1880 figure of the April 2021 contract at any point, then a critical bottom may be set in place.

As noted previously, gold is projected to be choppy in the coming months as a result of the opposing position of the middle-term cycles. There is a 154-day wave that bottomed back in late-November and has been seen to head higher off the same. Nonetheless, there is a bigger 310-day wave that is expected to trough in April or May 2021, which is shown in various charts. 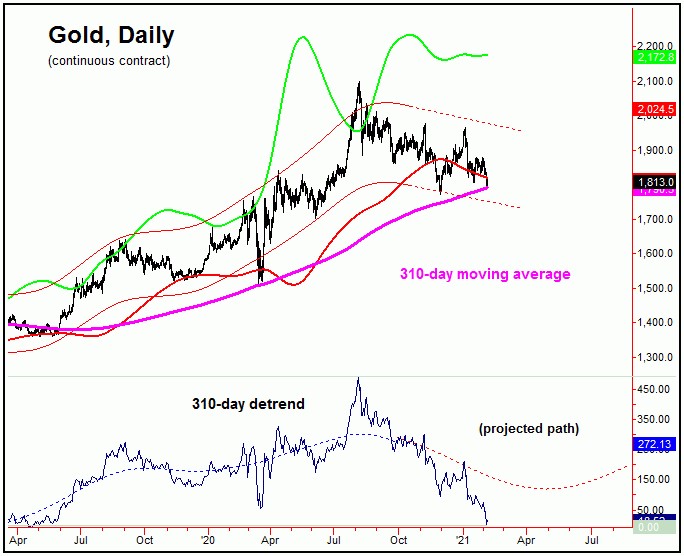 The 310-day moving average might act as the eventual downside price magnet for gold and it has been met with the action into late last week. With that in mind, any normal minimum expectation was already met with the component that indicates that it can bottom at any time.

Interestingly, the 310-day moving average is gradually trending to the upside meaning that all cycles above the component are still pushing higher currently. That price action is a bullish technical indication for the medium-to-long- term view.

Also, when cycles of a bigger degree, like the 4-year wave, are moving higher, the next smaller cycle can often see an earlier-than-expected trough. With that said, there is a decent potential that the 310-day cycle will bottom faster than many expect.

Once this low is complete, the biggest percentage rally of 2021 is expected to unfold, one that sees the upper 310-day cycle band operating as the eventual magnet. Furthermore, there is an open target from the bigger 4-year cycle to the 2212.00 – 2340.56 region. That is expected to be met at some point, mainly on the next upside phase of the 310-day wave.

Notably, trader apathy and growing divergence in breadth in the gold market is setting the stage for a short-term rally, if not something else that is more considerable. Alternatively, a short-term rally can hold below critical resistance, which would be followed by a slightly lower low into early-Spring.

Whichever the case, the next bigger upward phase is anticipated to play out into later 2021 which should arise from the 310-day wave.