Silver spiked on February 1 to an almost 8-year high, extending an uptrend that started with the retail investor frenzy that swept through the markets. The most active futures surged as high as 13% to $30.35 per ounce on the Comex, the highest level since February 2014.

That surge followed a weekend of buying binge that was seen to overwhelm online sellers of the silver coins and bars from Australia to the United States. In the process, the biggest exchange-traded product tracking the metal, BlackRock Inc.’s iShares Silver Trust, recorded an unexpected $944 million net inflow on January 29.

Late Monday, the CME Group raised its futures margins by about 18% which made it more expensive for traders to hold positions. Just like buying the GameStop stampede and other small-cap stocks that have captivated the entire financial world in recent weeks, silver’s initial advance can be tracked from Reddit’s WallStreetBets forum.

Interestingly, one post that appeared last week declared this metal “THE BIGGEST SHORT IN THE WORLD.” It went on to encourage traders to pile into the iShares trust as a way to stick it to big banks. 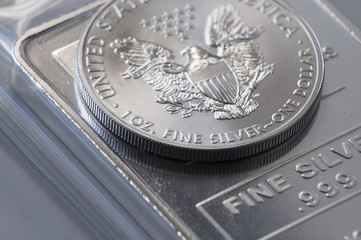 Who Is Pushing Silver?

For now, it is not yet clear what types of investors are behind the latest rally in silver prices. The head of metals derivatives trading at BMO Capital Markets, Tai Wong, said:

“No doubt that the market is more than happy to let the Reddit Legion push it wherever it wants to push it.”

However, there are conflicting messages that are coming up on the forum about silver and it is not clear how long retail investors will stick to the silver trade. So far, some of the prominent members of the WallStreetBets forum have advised against it.

Some of the members have noted that Ken Griffin’s Citadel Advisors LLC who is a favorite bogeyman of the Reddit crowd is a major shareholder of the iShares silver trust. The managing director at consultancy Metals Focus, Philip Newman, said:

“I can envisage a scenario where maybe a hedge fund has purchased maybe a short-term tactical long position, so the upside could be a combination of several factors now.”

The CME Group said late on February 1 that it is raising its margins on Comex silver futures, effective February 2, 2021. The exchange’s dynamic circuit breakers in silver are 10% which means that a 10% move, down or up, within any one-hour trading window will automatically trigger a 2-minute pause in trading.

For now, the U.S. Commodity Futures Trading Commission (CFTC) is keenly following recent activity in the silver markets, according to a statement by the acting Chairman Rostin Behnam.

The short-term forward rates on the London silver market flattened on February 1 which indicates a strong demand for the metal in the coming weeks. 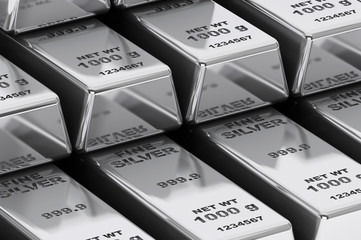 Silver is known to differ from stocks like GameStop in various important ways. First, the scope for a short squeeze in silver is less obvious because money managers have had a net-long position on the metal since mid-2019. This is shown on the futures and options data acquired from the Commodity Futures Trading Commission.

The silver market is also by some measures much deeper than the markets for smaller stocks like GameStop. The bricks-and-mortar video-game retailer had a decent market cap of around $1.4 billion in mid-January. After the Reddit-inspired buying, the company’s value exploded by more than 16 times.

On the contrary, the London vaults held about 1.08 billion ounces of silver at the end of November, based on data from the London Bullion Market Association data. That amount is worth around $32 billion based on the current prices.

Even if the latest rally tones down, it might deliver some ramifications beyond what has normally been a relatively quiet niche corner of the commodities world. As the first high-profile target of the retail mayhem to start trading on February 1, silver might help in setting the tone for the managers that are trying to gauge how Reddit-fueled volatility will affect their risk models and possibly cascade from one asset to the next. 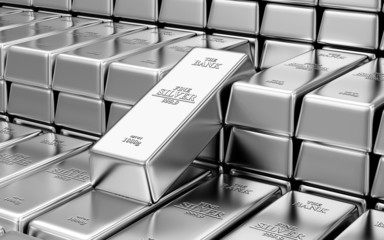 “Last week’s events have shown it to be unwise to doubt the purchasing power of retail investors, and this has been sufficiently demonstrated again on the silver market. They may find it a bit harder to squeeze the silver market than they did with GameStop — the former is much bigger and more liquid — but the momentum looks like it rests with them at the moment.”

Notably, the iShares Silver Trust closed up 7.1% in New York. Futures for March delivery advanced 9.3% on the Comex to settle at $29.418 an ounce, after gaining over 5% last week. The spot silver rose to as high as $30.1003 an ounce. Other precious metals also advanced with platinum spiking 5% and gold gaining 0.7%.

Calls to buy silver started appearing on WallStreetBets as early as January 27, when the mania that was surrounding GameStop reached a fever pitch. Some of the posts that touched on a similar David-vs-Goliath theme that has somewhat inspired individual investors to take on short-selling major hedge funds:

“Any short squeeze in silver paper shorts would be EPIC. We know billion (sic) banks are manipulating gold and silver to cover real inflation.”

Silver has performed well in the last year, rallying over 60% on a weaker dollar and growing hopes for an end to the health crisis. It has also attracted bullish commentary from some of the largest Wall Street banks. 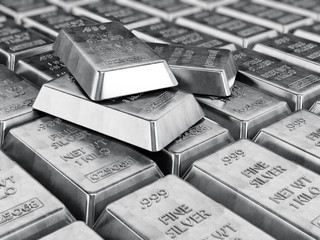 Goldman Sachs Group described silver as the “preferred precious metal” in a January 27 research note that had a price target of $30 per ounce. Net-bullish bets by the money managers rose to a 3-week high in the week on January 26, according to CFTC data that was compiled by Bloomberg.

Despite the happenings, it has not stopped some of the retail investors from piling in. By January 31, sellers of the physical silver Apmex, often called the Walmart of the precious metals products in North America, stated that they could not process orders until Asian markets opened due to record demand.

Apmex’s chief executive officer, Ken Lewis, explained that the decision to temporarily suspend silver sales was quite unprecedented in the firm’s history and that it may take longer than expected to fill orders going forward. Lewis concluded:

“As we evaluate the markets, it is difficult to know where silver’s price and demand will go in the coming day and weeks. We are locking up any metal we can find in the marketplace.” 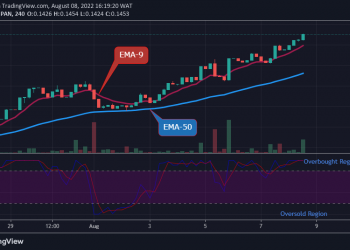