XRP Recovers From SEC-Led Drop As Supporters Push Price Above $0.60

On February 1, 2021, XRP appears to have reversed the late December plunge that was prompted by a SEC lawsuit against Ripple with a rally that pushed it to 2-month highs. The payments-focused crypto spiked to these levels as more retail buyers come in.

The move more than reversed the late-December plunge that was caused by legal troubles at the Ripple Labs, the San Francisco-based payment protocol developer. Ripple Labs has close ties to XRP.

During the European session, XRP rose to a high of $0.6836, which is its highest level since November 25. At the moment, the crypto is trading above $0.71. It extended the weekend’s rally from $0.27 to $0.50. In the wake of that price action, the crypto has replaced Tether (USDT) stablecoin to become the third-biggest crypto by market value.

XRP prices dropped from $0.55 to $0.20 in December after the U.S. Securities and Exchange Commission unleashed a lawsuit against Ripple Labs which triggered many exchanges to delist the crypto. The regulator charged the firm for violating securities laws by raising about $1.3 billion over seven years from the retail investors through the sale of XRP coins. 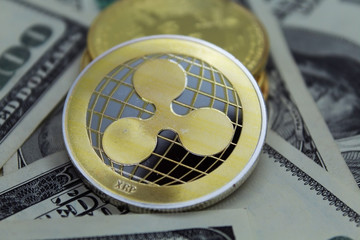 Ripple Labs fought back against these SEC allegations on January 29, saying that the functionality and liquidity of XRP are entirely incompatible with securities regulation, and its registration as security may impair its primary utility in faster, cheaper, and transparent global payments.

The crypto gained a strong bid on January 30, gaining 56% to record its biggest one-day gain in three years, and it has remained on the offensive front since then.

What Is Pushing XRP Currently?

Maybe, a coordinated effort by most members of the 2-day-old Telegram group, “Buy & Hold XRP,” together with calls to buy XRP by the r/SatoshiStreetBets group could be responsible. At the time of writing, the Telegram group has more than 200,000 members who are helping push the crypto to multi-month highs.

Nonetheless, some of the observers believe that the Telegram traders might not be the only drivers of the price surge. One popular Twitter-based analyst Credible Crypto tweeted on January 31:

“24H volume on XRP on Sunday was over $26 billion. Even if each of the groups’ members dropped $5,000 on XRP, that equates to 2% of the total daily volume. Let’s be rational here – no Telegram group is pumping the 5th largest coin in the space.”

The crypto is trading above $0.59 which represents almost 27% gain for the last 24 hours. CEO and founder of crypto framework Equilibrium and the EOSDT stablecoin, Alex Melikhov, told reporters:

According to Melikhov, there is no major resistance between $0.80 and $1.00. thus, a move above the one-dollar mark might shift the focus to record highs past $3.00 that were recorded in December 2017.