2020 was a strange year for the entire world. The pandemic intensified all over the world resulting in lockdowns on a large scale. Notably, the stock markets around the world have enjoyed unprecedented gains except in Europe.

Nonetheless, the economic outlook in the world’s biggest economy is worsening. COVID-19 cases in the US are surging, retail sales are down, and the unemployment claims have exploded.

The investors expect a period of pain for around six months before the vaccine gets administered to a majority of the population and the wider economy begins a huge recovery. In these times, it is always expected for investors to look at alternative options as hedges for their portfolio and investments. 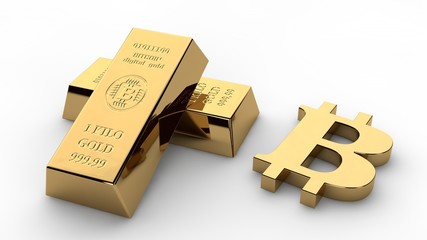 Through the years, the smart hedge move against market volatility has always been gold. Nonetheless, the pandemic has seen the emergence of a new alternative: Bitcoin. The crypto, launched in 2009, has a lot of properties of a fiat currency but it also has many qualities that qualify it to be an excellent hedge.

Gold as an asset has quite minimal connection to assets like oil, stock markets, and currencies. It is seen as a haven asset. Gold demand is quite high but the supply is low. It is not easy to mine and it cannot be manufactured on a central bank’s printer. Notably, gold prices have traditionally taken off in recessions as investors flock to it when stock markets implode.

Why Is Bitcoin A New Hedge?

Bitcoin is seen to share lots of qualities with gold. There is a finite supply of bitcoin in the world set at 21 million. Moreover, bitcoin is not owned by any central bank or country just like the precious yellow metal. Moreover, bitcoin has to be mined and the new bitcoin stipulations have guaranteed that rewards for mining bitcoin have halved and this will mean that the last bitcoin will be mined in 2140.

Bitcoin’s finite supply is comforting to investors who expect that the value of the crypto will surge further as supply runs out. Between 2016 and 2017, bitcoin prices were on the rise and by December 2017, one bitcoin was valued at $19,873. 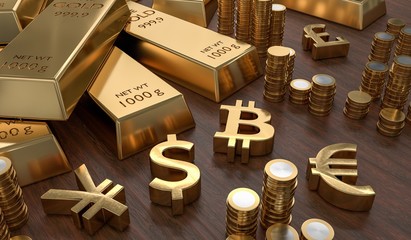 Bitcoin analysts and experts explain that there is a major difference between the 2017 rally and the current one. Back in 2017, the rally was spearheaded by retail investors. This time around, the rally is dominated by big names in the institutional space including MassMutual, MicroStrategy, Paul Tudor Jones, and many more. According to Forbes:

SkyBridge Capital, Anthony Scaramucci’s firm, is the latest traditional fund manager to join the bitcoin space and announced on January 4, 2021, that it had launched the Skybridge Bitcoin Fund with around $310 million in AUM invested from its $3 billion flagship fund.

Gold is well known to have existing standards and benchmarks throughout the world. Notably, the system for weighing and tracking gold is perfectly defined. It is challenging to pass off any fake gold as the original.

On the other hand, bitcoin is safe as a cryptocurrency. It is decentralized and almost impossible to access it due to many levels of algorithms. Nonetheless, the same cannot be said about the storage for bitcoin. Bitcoin history is dominated by stories of heists, mostly Mt. Gox. If gold is stolen, there is a probability that one can recover it. Nonetheless, bitcoin is a different ball game.

It is known that the bitcoin supply globally will run out in 2140. But for now, it is not clear when all gold on earth will be mined. While both of these assets are finite, bitcoin comes out as the winner since there is the possibility of a new gold mine being discovered.

Gold is not volatile. The trend with gold is that it moves up whenever the other markets are down. On the flip side, bitcoin is highly volatile currently.it has become the norm for bitcoin to surge by 20% in a day and then fall 15% the next.

As the coronavirus continues to roll out, it is likely that gold prices may stabilize and remain flat for a longer period or may even drop slightly. Gold is trading above $1,930 currently, which is a decent level for the asset.

On its part, bitcoin moves according to the fancies and whims of speculators. Since the bitcoin supply is limited and concentrated in the possession of a few large players, bitcoin prices will see massive amounts of volatility,

Gold is more democratized than bitcoin. For example, Indian women are known to own 23,000-25,000 tonnes of gold which translates to 11% of the total gold reserves in the world. Gold prices will not see the levels of fluctuations that bitcoin does.

For now, just based on fluctuation and volatility, gold is a safer hedge than bitcoin.