Crypto Derivatives Thrived In 2021, But 2021 May Bring Actual Growth

Cryptocurrency derivatives showed major growth in 2021 with almost $2 billion worth of bitcoin options expired on Christmas day. So far, data shows that 2021 was the most important year for the crypto derivatives market so far.

Both Ether (ETH) and Bitcoin (BTC) derivatives constantly grew all through last year with their options and futures products available across several exchanges including OKEx, Binance, Chicago Mercantile Exchange (CME), and Deribit.

The bitcoin options open interest reached a new all-time high of around $6.8 billion on December 31. That figure was three times the OI seen just 100 days before that. That shows the speed at which the crypto derivatives market is expanding amid the current bull run.

This bull run has attracted a large number of new investors who have joined the market amid the uncertainty that affects the traditional financial markets as a result of the current COVID-19 health crisis. Most of these investors now seek opportunities to hedge their bets against the market via derivatives of the underlying assets including Ether and Bitcoin. 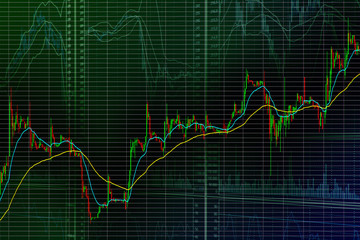 While many factors are driving the growth of the crypto derivatives space, it is safe to conclude that it has mainly been driven by interest from institutional investors. All that comes into context considering that the derivatives are complex products that are challenging for the retail investors to comprehend.

“As Blackrock’s Fink put it ‘cryptocurrency is here to stay’ and bitcoin ‘is a durable mechanism that could replace gold.’ Statements like these have been the driver for the recent performance, however, as a platform we have seen new participants joining the entire year.”

Strijers acknowledged that as a platform, Deribit identifies institutional investors joining the crypto market using trade instruments that they are familiar with including spot and options that resulted in massive growth in open interest throughout last year. 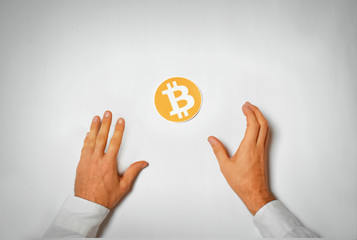 Notably, the Chicago Mercantile Exchange (CME) is also a popular marketplace for trading futures and options, mostly for institutional investors. The CME is the biggest derivatives trading exchange across asset classes in the world. That makes it a familiar marketplace for the institutions.

Recently, it even surpassed OKEx as the biggest bitcoin futures market. One CME spokesperson told reporters:

“November was the best month of Bitcoin futures average daily volume (ADV) in 2021, and the second-best month since launch.”

Another indicator of increasing institutional investment is the growth in the total number of large open interest holders, or LOIHs, of CME’s Bitcoin futures contracts. A LOIH is an investor who holds over 25 Bitcoin futures contracts, with every contract comprising of 5 BTC, which makes the LOIH threshold equivalent to 125 BTC valued at more than $3.5 million. This CME spokesperson also stated:

The fact that the crypto derivatives market is now in demand is a major sign of maturity for the assets like Ether and Bitcoin. Similar to their role in the traditional financial markets, derivatives provide investors with a highly liquid, efficient method of hedging their positions and minimizing the risks that are associated with the volatility of the crypto assets.

Other Macroeconomic Factors Are Increasing Demand

Many macroeconomic factors are also causing an increase in demand for the crypto derivatives space. As a result of the coronavirus health crisis, many large economies including the United States, the UK, and India have been stressed as a result of limited working conditions and rising unemployment.

That has made many governments to roll out massive stimulus packages and engage in quantitative easing to reduce the effect on the base economy. The CEO of OKEx, a crypto and derivatives exchange, Jay Hao, told reporters:

“With the pandemic this year and many governments’ responses to it with massive stimulus packages and QE, many more traditional investors are moving into Bitcoin as a potential inflation hedge. Cryptocurrency is finally becoming a legitimized asset class and this will only mean a greater rise in demand.”

There is an increasing interest from the mining community and other firms generating income in bitcoin looking to hedge their future earnings to have the ability to pay their operating expenses in fiat currencies. 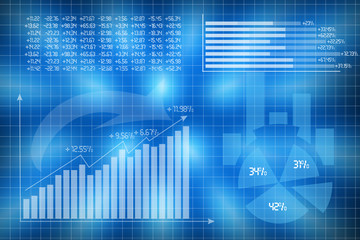 Apart from institutional demand, there is a major increase seen in retail activity too. Strijers commented:

“The unique accounts active every month in our options segment keep rising. Reasons are overall (social) media attention to the potential of options.”

Ether Derivatives Increase Due To Eth2 And DeFi

Apart from the bitcoin futures and options, Ether derivatives have also surged tremendously in 2021. The CME even announced that it will be launching Ether futures in February 2021. That in itself is a sign of the maturity that Ether has reached in its life cycle.

In the past, the crypto derivatives market was monopolized by many products using BTC as the underlying asset, but last year, Ether derivatives expanded to take a huge chunk of the pie. Strijers further said:

“When looking at USD value of turnover we see that on Deribit the BTC derivatives contributed the majority of volume, however, the percentage has decreased from ~91% in January to ~87% in November. During the peaks of the DeFi summer, the BTC percentage dropped to mid-seventies due to the increased ETH activity and momentum.”

The reason that the bitcoin derivatives make up a major portion of the cryptocurrency derivatives market is that bitcoin is currently well understood by the market and has got validation from government bodies, large institutions, and many prominent traditional investors. 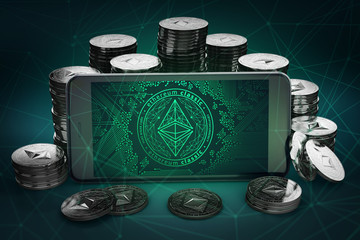 Nevertheless, in the past 12 months, multiple factors influenced the demand for Ether derivatives too. Hao thinks that:

“The huge growth in DeFi in 2021 and the launch of ETH 2.0’s Beacon chain has spurred more interest in Ether and, therefore, Ether derivatives.”

Nevertheless, although Ether is continuing with its bull market together with Bitcoin and might experience more demand for derivatives, it is not likely that bitcoin will be surpassed any time soon. Hao further commented:

“We will see rising demand for both of these products, however, BTC as the number-one cryptocurrency will likely see the steepest growth as more institutional dollars flood the space.”

Beginning with the launch of CME’s Ether futures products next month, the year is expected to become an even bigger year for crypto derivatives in case the current bull run continues.

As the volumes surge, markets appear more efficient, and they provide better price discovery for the underlying asset. Strijers highlighted:

“Due to the overall increase in market interest, […] we see more market makers quoting our instruments, increasing our ability to launch more series and expiries, tightening spreads which acts as a fulcrum for further interest as execution becomes cheaper and more efficient.”

Besides Ether and Bitcoin derivatives, many other altcoin derivatives products are available on different exchanges. The most popular is the perpetual swaps together with options and futures. Hao explained some more on these products and their demand prospects:

“Many other altcoins are already on offer to trade derivatives particularly in the perpetual swap but also futures. […] The demand for this is largely driven by retail traders as some of these assets haven’t won over the confidence of institutional traders yet.”

Although the institutional investors are not joining the derivatives markets of these altcoins in big numbers just yet, that is expected to change soon with the massive growth of decentralized finance (DeFi) markets coupled with the use cases that they can offer. Eventually, that may translate into a surge in demand for more crypto derivatives in the future.