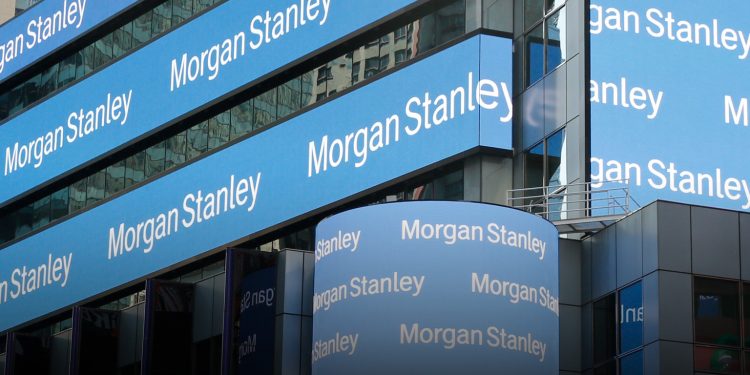 Morgan Stanley, a global financial giant, stands now as the proud owner of exactly 792,627 shares within Microstrategy. With this, Morgan Stanley holds a stake of 10.9% within the firm, as stipulated by a filing the firm had made with the US watchdog, the Securities and Exchange Commission.

With this move, Morgan Stanley had increased its stake within Microstrategy, known for its $2 billion in Bitcoin holdings.

Microstrategy itself was, relatively speaking, not that well known of a business intelligence firm. That all changed, however, when it invested an incredible amount of funding into Bitcoin, the leading cryptocurrency. However, since the firm’s investment, Bitcoin has seen a monumental rise in value, going up by 330% since its first investment made on the 11th of August, 2020.

Prior to the purchase of its first Bitcoin,  Microstrategy’s performance in stocks wasn’t much to take note of. Between the 2nd of January, 2020, and the 10th of August, 2020, the asset saw a drop of 13%. However, Microstrategy’s shares are tracking Bitcoin for the most part.

As such, 2020 saw the company see an increase of 300%, with a 40% growth in just this year alone, which isn’t even past its first months. As one would imagine, Morgan Stanley probably imagines that this investment stands as a way to gain the benefits from the historical bull Run Bitcoin is achieving, all the while not actually holding the assets directly themselves.

It was back in December of 2020 when Microstrategy made the largest move in its Bitcoin investment program. Micheal Saylor, the CEO of the firm, announced that it had invested the entirety of its debt issuance, worth $650 million in total, to purchase Bitcoin.

At that time, the firm managed to purchase 29,649 BTC on top of its holdings prior to this announcement. The average price for these coins, at that time, was valued at around $21,925. Obviously, this move has more than paid for itself, as the cryptocurrency is coming close to being worth twice what they paid for it at that time.

One Of The Most Impressive Bets To Pay Dividends

During this time, Saylor stated that the firm was the proud owner of $1.125 million in Bitcoin at that time. This was purchased at an average price of $15,964 per Bitcoin, making it clear that the firm is gaining massive dividends thanks to this historic bull run.

At the time of the move, the issuance of debt was a bold move in general, but the purchase of Bitcoin with said debt was a radical move for any publicly listed company. Microstrategy’s move was even more worrying, at that time, due to it not even prioritizing cryptocurrencies. It seems, however, that putting all of its money in Bitcoin might very well have been the smartest move the firm could make.