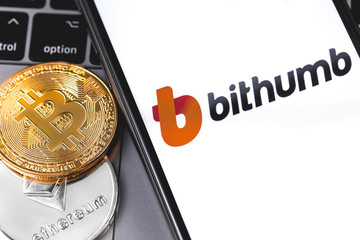 Vidente stands as one of the major shareholders of the Bithumb Korea exchange. Now, the firm has seen the need to officially deny reports floating around that the South Korean crypto exchange could be acquired by Nexon, the gaming giant.

The Korea Times, one of the country’s major news outlets, reported that Vidente made use of a regulatory filing made on Friday to debunk these possible partnership claims. This comes one day after the local media of the country reported on a buyout planned at the tune of 500 billion won, or around $457 million.

As it stands, Vidente boasts a stake of 10.3% within the Bithumb Korea exchange. Alongside this, the firm boasts a 34.2% holding within Bithumb Holdings, which is the operator of the exchange in question.

Could Go Either Way Right Now

Lee Jung-hoon stands as the chairman of the holding company, but he himself boasts indirect controlling stakes within Bithumb holdings. He has stakes within DAA as well as BTHMB Holdings.

In the regulatory filing, Vidente made it clear that it was aware of Lee’s intent regarding the sale of his controlling stake within the crypto exchange at large. The man went as far as hiring an underwriter, one Samjong KPMG, to help with the process. In the filing, Vidente made note that the firm itself has yet to conclude whether or not they will sell their stake within Bithumb Holdings or doubling down and acquiring another stake altogether.

Nexon stands as one of South Korea’s major video game publishers, with the shares of the firm benign publicly listed within the Japanese Stock Exchange. Kim Jung-Ju stands as the founder of Nexon, and has already expressed his intent regarding the purchase of a majority stake within Bithumb Korea. This isn’t that surprising, seeing as Nexon itself had already bought Korbit, doing so back in September 2017 for a sum of $80 million. A year later, Nexon set its site on Bitstamp, based in Europ, and bought the exchange for $400 million.

Now, Bithumb itself is in an unexpected bind. Through these recent years, the owners of the exchange had failed numerous times in selling their respective controlling stakes within it. While this may be strange, seeing as the exchange turned a profit back in 2019, the biggest bearish sentiment comes primarily from its failure to secure a deal with BK Global Consortium, a Singapore-based firm.

To add to this unpleasantness, Bithumb itself has been subject to a large number of police crackdowns, and reports are floating around regarding Lee being investigated. These investigations are regarding his alleged involvement within the defrauding of investors by way of the native token of the exchange.