CFD brokerage firm CMC Markets announced a new sponsorship deal with Australian cricket team Sydney Sixers. Cricket is the most played sport in the country which could help the firm grow its exposure.

What does the deal cover?

Cricket is a popular sport in Australia and the Big Bash League is among the fastest-growing cricket tournaments in the country. The CMC Markets deal with Sydney Sixers will help the firm grow its exposure and visibility. The deal will cover the 2021/21 season for the team. CMC Markets is already sponsoring rugby team NSW Waratahs and football team St Kilda FC.

None of the companies revealed the specific details of the sponsorship agreement. However, it is known that CMC Markets will get the ‘official partner’ status. This status usually includes a significant presence on the official club advertising materials of the team and could lead to joint digital campaigns.

Teaming up with Sydney Sixers will not just provide national but also international brand visibility to CMC Markets. This will help the firm target families via a broad attendee viewership market. The Sixers draw on huge crowds, especially TV audience for their matches. The number of TV audience has grown year on year, which helps sponsors in getting the right message across to their audience.

Head of Commercial for the Asia Pacific at CMC, Cat Gallagher said,

“Synonymous with the Australian summer, Cricket is a tradition adored by fans across the country. As one of the most successful teams in the BBL, the Club’s strong focus on inclusivity and leadership resonated strongly with us as a partner.”

Jodie Hawkins, the general manager of Sydney Sixers said that their team is the premier sporting club of Australia and provides the best value entertainment in summer.

The deal offers media facing assets and gives an opportunity to connect and engage with thousands of Sixers fans and followers of the Big Bash league via online channels. It is important to note that Sixers have the highest social media following on Instagram and Facebook, which makes it a ripe opportunity for CMC Markets to capitalize on. 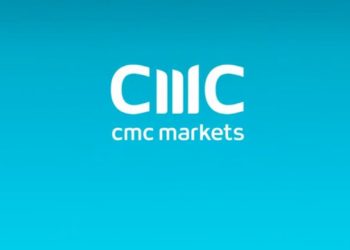