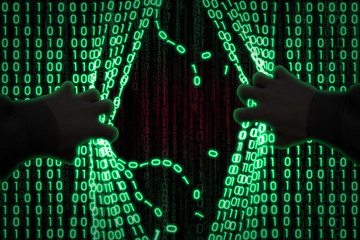 Voyager Digital has been hit by a cyberattack, and the digital-asset brokerage had no choice but to shut down its systems from online access. The Canada-based firm confirmed the hack in a series of Twitter messages and apologized to users who may not reach the platform at the time it was offline.

However, in another Twitter message, the firm confirmed that the compromised domain name system (DNS) server has been completely restored and the service has returned to normal.

“We were alerted by our tracking system, and we decided to take the system offline,” the Twitter message reads.

Unfortunately, I was faced with a tough choice today. We were alerted by our tracking system, and we decided to take the system offline. Safety and security of customer assets and information is paramount. I appreciate all the support of the community as we work through this.

Also, the company said it takes the security and safety of customers’ assets seriously, which prompted the decision to shut down its systems until normalcy is restored.

Co-founder and chief executive officer of Voyager Steve Ehrlich said the company appreciates the level of patience and support the members of the community have offered at this period as the firm tries to fix everything.

“Voyager would like to thank you for your patience while our system is offline’” he stated.

At the time of the tweet, Voyager told its customers that no personal information or funds were stolen from the platform. The firm also revealed that all the data of its clients are intact as the attack was not completely successful.  However, it warned customers and other users that as a precautionary measure, it would take 24 hours before the platform and apps will be back online.

The exchange company also said it will provide further information regarding the hacking incident after the investigation is complete.

Firms in the crypto industry not safe

2020 has proven to be a tough year for cryptocurrency companies when it comes to the safety of their system and platform. Despite an increased expense on safety and security, some crypto-based firms have fallen victims to hackers looking to steal sensitive data.

Companies offering services linked to digital services have also not been left out, with the recent hack of the Cover Protocol.

For the Cover Protocol hack, the “white hacker” minted an infinite supply of the Cover coin. Although the hacker claimed responsibility for the incident and returned the stolen fund, it’s a sharp reminder that even platforms in the cryptocurrency industry are not safe.

It’s also noteworthy that there was no financial loss from the recent hack of Voyager.