The bitcoin price cut through another critical resistance range on December 17 putting $100K in play, as suggested by on-chain data. After surpassing the $21,000–$22,000 resistance range to soar above $23,600. In the meantime, on-chain analyst Willy Woo now believes that $100,000 is a “ridiculously low” target.

Notably, the $21K level was quite important for bitcoin for it to continue with its rally in the short term. Exchange heat maps presented stacked sell orders at around $21,000 to $21,500. That meant bitcoin needed to break through to develop a stronger uptrend. 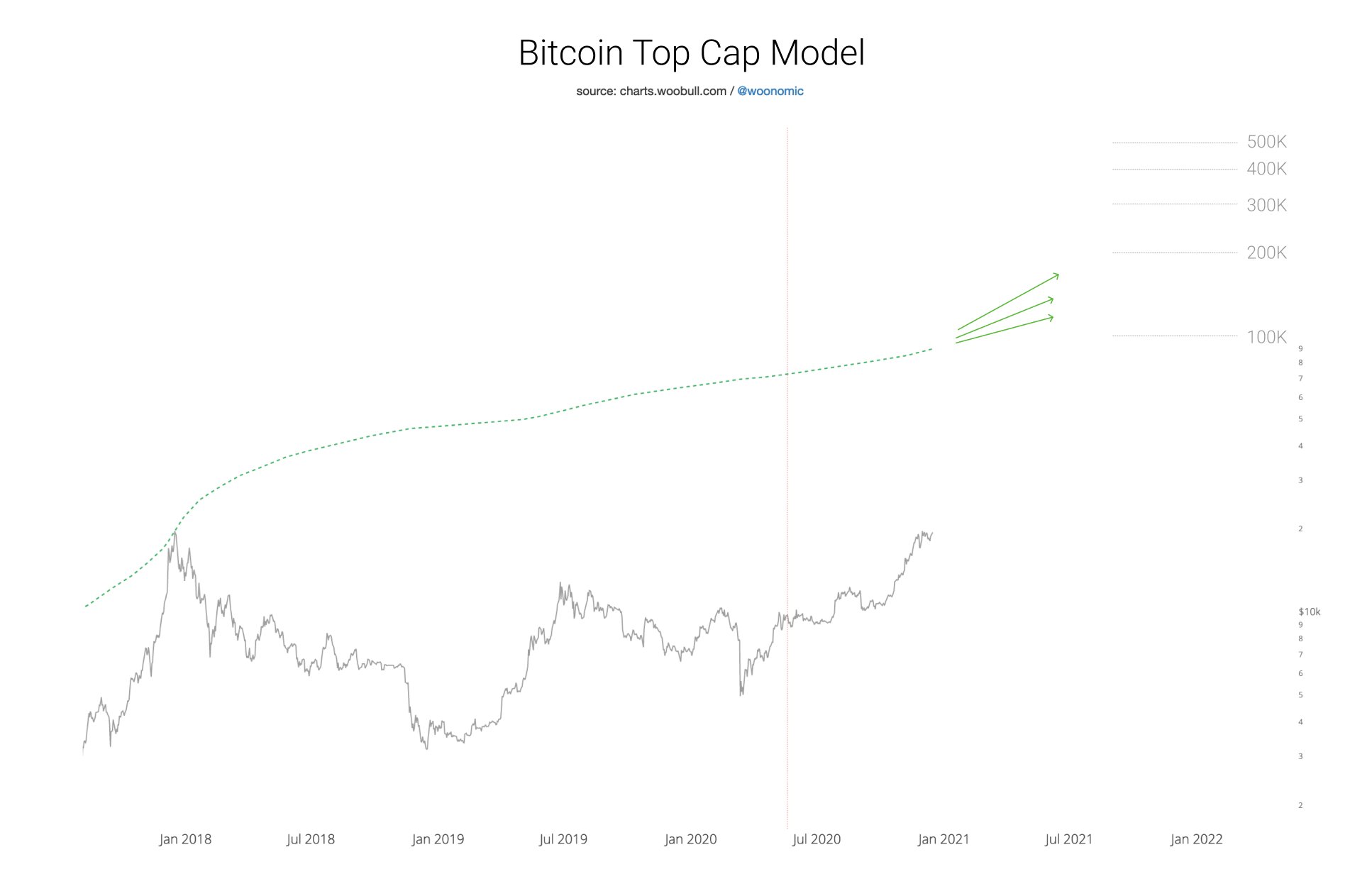 For now, the exchange heat maps do not show any visible resistance levels and zones with large sell orders above $22,000. In the near term, it means that the probability of BTC continuing its rally is significantly high.

As a result of the optimistic market sentiment and the sell-side crisis, Willy Woo stated that the Bitcoin Top Cap Model shows $100K is a “ridiculously low target.” He said:

“We are not at the all-time-high juncture where the BTC Top Cap Model starts curving upwards. Let’s see how high she runs in 2021. $100k is a ridiculously low target at the current trajectory. $55k is the next landmark -> Bitcoin becomes a $1T macro asset bucket.”

Woo insisted that $55,000 is the milestone price for BTC since it would mean that bitcoin would have to hit 10% of gold’s market capitalization.

Today, gold’s valuation is estimated to have reached $9 trillion. Above $50,000, BTC would start eating up a significantly large segment of the market capitalization of gold. For now, the precious metal remains the dominant haven asset. 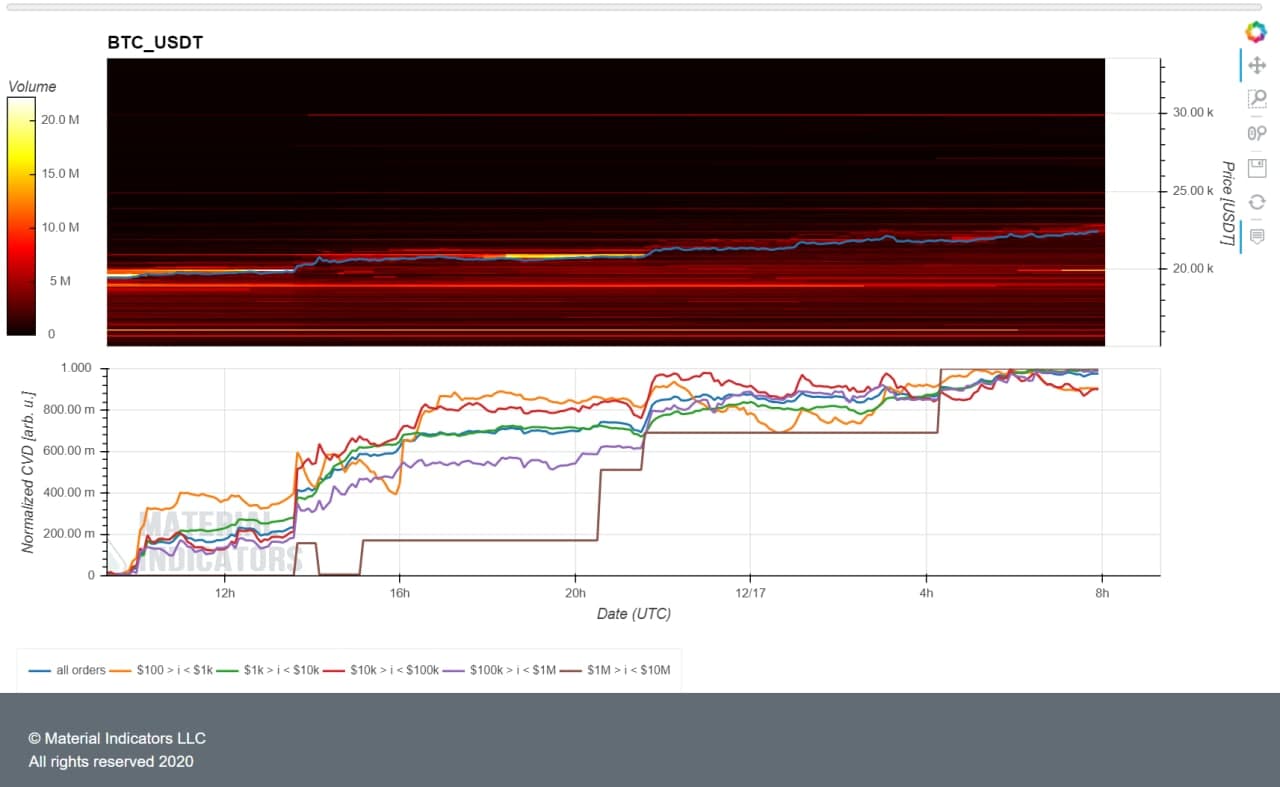 The exchange order books and volume trends also indicate that the traders have shifted their sell orders higher, anticipating that bitcoin will surge to $30,000 after $20,000 was eventually broken on December 16.

In the case that the momentum of the futures, options, and spot markets gets sustained in the upcoming days, the possibility of bitcoin surging above $30,000 as the local top seems to remain considerably high.

Call options represent buy orders in the options market while the put options refer to sell orders. Therefore, when buyers of call spreads increase, it indicates that the expectations of a larger bitcoin rally are increasing.

Nonetheless, in the future, one threat for BTC is whale inflows. Data acquired from CryptoQuant indicates that whale deposits into crypto exchanges increased to levels unrecorded since March 2021.

Since bitcoin has rallied despite increasing whale deposits, BTC may still experience a sustainable rally toward $30,000 because institutional buying is just beginning to gain momentum.